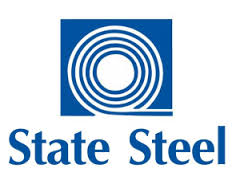 NEW DELHI India has set up an expert panel to help revive its loss-making state steel maker after a government review found the company to be far less efficient than its rivals despite spending more than $ 10 billion in the past eight years.

A review document, containing previously undisclosed data and seen by Reuters, criticises Steel Authority of India (SAIL) for everything from the use of low-quality raw materials to outdated technology, suggesting that its problems were not simply the result of cheap Chinese steel imports.

SAIL, which has been overtaken by JSW Steel as India’s biggest producer, has posted seven straight quarterly losses, and Reuters reported last week that it was at risk of losing business from its biggest client.

SAIL’s underperformance could derail the government’s target to triple steel production in the country by 2030, and shows how Prime Minister Narendra Modi’s big infrastructure dreams may have to rely heavily on the private sector and imports.

Steel Minister Chaudhary Birender Singh, worried by what he called SAIL’s “unsatisfactory” output performance, has asked the panel to recommend a timeline for ramping up capacity at a “quick pace”, to find ways to lower production costs and to improve branding and marketing.

“The terms of the reference of the committee will include chalking out a revival plan for turning around loss-making (companies) of the Ministry of Steel to profit-making companies in 2017/18,” Singh’s office told the committee this week, in a memo seen by Reuters.

The panel, comprising top officials of various government ministries and SAIL, met for the first time this week and will be helped by Boston Consulting Group (BCG) in coming up with a revival plan for the company.

They will set quarterly, six-monthly and yearly targets for SAIL, according to the memo. Two government sources said minister Singh wants a plan for SAIL and smaller state steel company RINL in 15 days.

SAIL fares poorly when compared to international efficiency standards and those of private Indian companies such as JSW and Tata Steel in blast furnace productivity, raw material consumption and energy usage, according to the review document.

Its use of coke – derived from high-quality coal, and thus costly – was also higher than private peers and global standards. April-December coke use came down 3 percent from a year ago, SAIL said.

Its use of pulverized coal injection technology – a cheaper substitute to coke – was the lowest compared to JSW and Tata in 2015/16. During April-December, SAIL said the gauge improved 14 percent.

The government said this week that three of SAIL’s ailing units put up for strategic stake sales have made losses for the past five years despite the company pumping in more than $ 400 million for their modernisation. (bit.ly/2mPA9PB)

The steel ministry told parliament on Wednesday that most SAIL plants were set up almost half a century ago and that the technologies and equipment had become “old and obsolete”.

SAIL is chasing tie-ups with foreign majors such as ArcelorMittal and POSCO, companies known for their cutting-edge technology.

“Even when the market was good, SAIL was under-performing because of higher fixed costs,” said Goutam Chakraborty, analyst at Emkay Global Financial Services in Mumbai, who expects SAIL to show improvement by end of this decade.