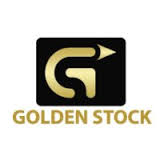 Why This Could Be a ‘Golden Opportunity’ to Buy Apple Stock

Apple stock is hot, and it looks like it can get even hotter.

Shares opened at an all-time high Wednesday after UBS analyst Steven Milunovich said he believes they could hit $ 200 within the next couple years.

Milunovich thinks the coming iPhone 8 will be a marked upgrade from previous editions, which will spur hordes of customers to upgrade their phones at even greater rate than usual. He also sees Apple’s other hardware products, such as the Apple Watch and AirPods, seeing a nice growth pace.

Other industry experts echoed his bullish view of the tech giant, which is already by far the most valuable company in the world. Loup Ventures’ Gene Muster told CNBC Tuesday that his range for Apple is $ 180 to $ 200 due to the rosy outlook for the company over the next few quarters.

Since Apple (aapl) had somewhat of a down year in 2016, and this year is projected to be notably better, the year-over-year comparisons could look great. Plus, a nice stock bump traditionally comes with the announcement of the new iPhone, which will probably happen in about six months. Muster says now is a “golden opportunity” to buy shares and ride the wave of enthusiasm through the iPhone release before selling once this particular cycle is over.

Apple has already enjoyed a significant recovery after its stock slipped 36% from July 2015 to May 2016, when its price dropped to about $ 90. Since then, shares have been on a tear, up nearly 60%, which has pushed the company’s market cap to over $ 750 billion. Barring any buybacks, if the stock hits $ 200, Apple’s value would zoom past the $ 1 trillion mark.

Shares pulled back slightly during regular trading on Wednesday.