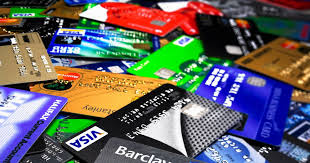 Using a Debit Card Might Actually Make You Richer

That debit card you use to spend money is also helping you save it.

Bank account holders who use debit cards save more money than those without cards thanks to an increased ability to monitor—and therefore trust—the institution holding their money, according to a new study by the National Bureau of Economic Research.

The study was based in Mexico and looked at surveys from participants and data from a government social assistance program called Oportunidades, which covered over 340,000 accounts in 357 banks over a four-year period. The program, which started in 2002 and now goes by the name Prospera, would deposit money into recipients’ accounts on a monthly basis.

Before the program began issuing debit cards, recipients usually withdrew almost all of the deposit shortly after it was transferred to their accounts. Trust in banks in Mexico is notoriously low due years of high profile scandals involving bank fraud that led to depositors losing their savings. Residents there are understandably skeptical about the honesty and integrity of the financial industry, with more than half of them reporting low levels of trust in banks.

(Related: Watch out for These Hidden Fees in Prepaid Debit Cards)

After the cards were issued, things began to change a bit. The study found that the debit cards were frequently used to check account balances for the first year or so, but the usage rate for other types of transactions remained low. As cardholders began to trust that the bank wasn’t taking their money, they began to check their balances less often and leave more money in their accounts. Once the trust had been established, the savings rate increased to between 3% and 5% of income, up significantly from essentially no savings at all before that.

The size of the savings increase is larger than that of other ways to attempt to encourage account holders to boost their savings rate, including higher interest rates, financial education, and no-fee accounts. Such increases are significant because saving money is an important part of helping the poor out of poverty. Not only can setting some money aside save money in the long run by helping out with preventative health care or unexpected medical costs, it can also help pay for educational services or serve as an investment in a business venture.