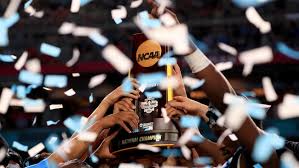 The unnamed factory employee stayed perfect longer than any of the 96,107 other entries by successfully picking the winners of the first 29 games of the tournament. In total, the winner picked 31 out of 32 first round winners, narrowly missing out on taking home the $ 1 million prize for picking every game of the opening round correctly.

His only miss, Marquette’s 93–73 loss to the University of South Carolina, meant that he also missed out on the potential for a much larger payday. Buffett had offered $ 1 million a year for life for any entry that successfully picked the winners of every game of the first two rounds. Still, he takes home more money than last year’s winners, who tied and received $ 50,000 each after splitting the prize.

Buffett, who is the world’s second richest person, is no stranger to offering big prizes to tournament oracles. In 2014, he partnered with Quicken Loans and Yahoo to offer $ 1 billion to anyone who successfully picked all 63 games of the main tournament. No one came close winning that year, and Buffett subsequently scaled down the scope of the competition and limited it to his employees.