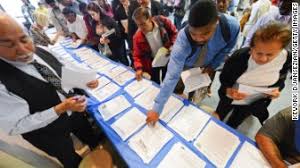 With an estimated $ 86 billion wealth, the Microsoft (msft) co-founder and philanthropist has held the top spot for four consecutive years, Forbes reports. Though he pledged to give away 99% of his wealth, Berkshire Hathaway (brk.a) chief Warren Buffett followed close on his heels with an estimated fortune of $ 75.6 billion.

Meanwhile, property mogul-turned-President Donald Trump took a dive in the ranking, slipping 220 spots to number 544 with an estimated $ 3.5 billion—$ 1 billion down from last year. Forbes blamed the losses on sluggishness in the Manhattan real estate market.

The United States boasted the most billionaires on the list with 565, beating China’s 319 and Germany’s 114.