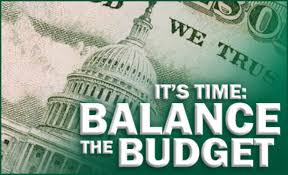 A detailed version of President Donald Trump’s budget to be released in May will lay out plans to eventually erase U.S. deficits, White House budget director Mick Mulvaney said on Sunday.

“We’re getting into that now. By May, I think it’s mid-May we’re shooting for right now, we’ll have that larger budget…” Mulvaney said on NBC’s Meet the Press program.

Mulvaney acknowledged that the budget would not be balanced in the upcoming 2018 fiscal year but said the administration wants to put the country on a path toward eventually wiping out annual deficits.

“We won’t be able to balance the budget this year, but we’re working on trying to get it to balance within the 10-year budget window, which is what Republicans in the House and the Senate have traditionally done in the last couple of years,” Mulvaney said.

“It is a very complicated budget process when your entitlements, your mandatory spending is driving most of your budget deficit,” he said. “So over the course of the next decade, we’ll have to look at the mandatory spending side in order to figure out a way to make changes to the way we spend money.”

The full budget to be rolled out in May will put “more flesh on the bones” of Trump’s preliminary budget plan that was released last week, said Mulvaney, director of the White House Office of Management and Budget.

Trump’s initial budget outline prompted criticism from both Democrats and some Republicans for its proposals for steep cuts in domestic programs such as education and environmental enforcement programs as well as foreign aid.

As a presidential candidate, Trump campaigned on a pledge to quickly balance the budget, and eliminate federal debt during his presidency.

Mulvaney said Trump’s proposals to boost U.S. infrastructure could be ready to be issued around “summer or early fall.”

He said some money had been taken out of the budget blueprint “with the intention of putting it back into the infrastructure bill.”