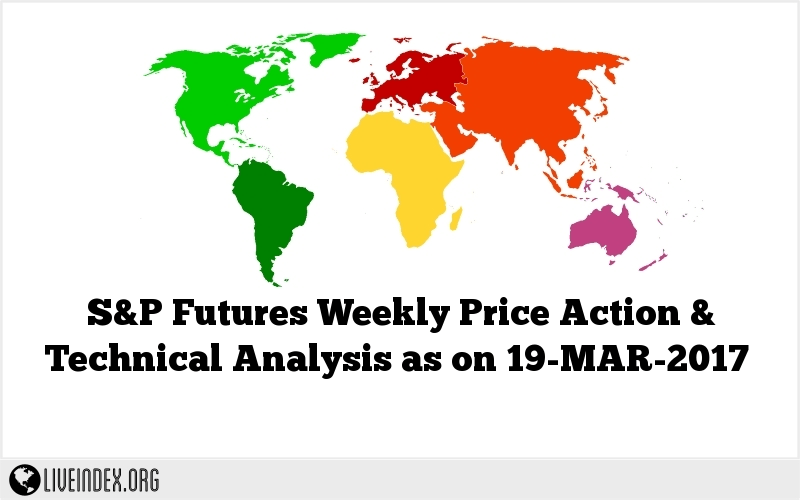 The passing week has turned the bearish sentiment of the former week into sideways action, closing as a HH HL Weekly bar.

In the longer term picture, the market is closed to the target of the Semiannual Pinbar on sloping 8 EMA – of the first half of year 2016, at 2430.

S&P Futures, various timeframe charts (at the courtesy of prorealtime.com)