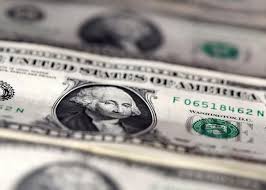 The dollar fell to a five-week low on Friday, remaining under pressure for a third straight session after the Federal Reserve quashed hopes for a further currency bull run by keeping a gradual rate-hiking pace.

“At the moment, the dollar remains in correction mode, which we had fully expected,” said Fawad Razaqzada, market analyst, Forex.com in London. “But we remain fundamentally bullish on the greenback because the Fed remains the only major central bank which is actively tightening its policy.”

James Chen, head of research at Forex.com in Bedminster, New Jersey, also pointed out that the pace of Fed rate hikes and policy outlooks can change extremely quickly.

He noted that only a few weeks before Wednesday’s Fed announcement, expectations for a March hike were exceptionally low. But Fed officials made a concerted effort to warn the markets of the high likelihood of a Fed rate hike and expectations then soared to a near-certainty, Chen said.

The U.S. Dollar Just Had Its Worst January in 30 Years

With the Fed policy meeting out of the way, investors focused on Friday’s G20 financial leaders meeting in Baden Baden. It will be one of the most closely-watched G20 meetings for the currency market.

Any hints of a broader push by Washington against an appreciating dollar are likely to weaken the currency.

The surge in the dollar in the weeks after the U.S. election last November was largely due to expectations of increased spending. But a higher U.S. budget deficit is likely to dampen that view.

Jane Foley, senior FX strategist at Rabobank in London, said she sees the risk that any additional spending may not happen until the end of the year, or potentially 2018.

“That disappointment over the reflationary outlook could weigh on the dollar in the coming months,” she added.

In late trading, the dollar index slipped 0.1% to 100.30, after earlier falling to a five-week low. The index was down almost 1% overall for the week and 1.2% since the Fed raised rates on Wednesday.

The euro, meanwhile, fell against the dollar after a poll showed far-right anti-EU leader Marine Le Pen extending her lead over centrist Emmanuel Macron in the first round of France’s presidential elections. The euro was last down 0.2% at $ 1.0740.