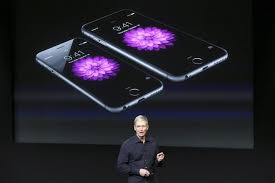 BEIJING Apple Chief Executive Tim Cook expressed support for globalisation and said China should continue to open its economy to foreign firms, while speaking at a forum in Beijing on Saturday.

“I think it’s important that China continues to open itself and widens the door if you will,” said Cook, speaking at the government-sponsored China Development Forum.

Cook’s comments come amid rising tensions between the U.S. and China, with protectionist rhetoric from U.S. President Donald Trump sparking concern of increased trade friction between the two countries.

“The reality is countries that are closed, that isolate themselves, it’s not good for their people,” said Cook, in a rare public speech.

Apple said on Friday it will set up two new research and development centres in Shanghai and Suzhou in China.

It has pledged to invest more than 3.5 billion yuan ($ 508 million) in research and development in China.

Apple has been singled out in Chinese media as a potential target for retaliation in the event of a trade war.

The Global Times warned last November if Trump triggered a trade war with China, Beijing would then target firms from Boeing to Apple in a “tit-for-tat” approach.