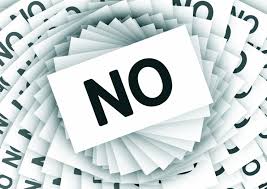 The world’s financial leaders are unlikely to endorse free trade and reject protectionism in their communique on Saturday because they have been unable to find a wording that would suit a more protectionist United States, G20 officials said.

This would break with a decade-old tradition among the finance ministers and central bankers of the world’s 20 top economies (G20), who over the years have repeatedly rejected protectionism and endorsed free trade.

But the new administration in the United States is considering trade measures to curb imports with a border tax and would not agree to repeat the formulations used by previous G20 communiques, clashing with China and Europe, the officials said.

“Unless there is a last minute miracle, there is no agreement on trade,” one official, who declined to be named, told Reuters.

Germany, which holds the rotating presidency of the G20 and hosted the meeting of ministers in the town of Baden Baden, saw the lack of any formal endorsement of free trade as a failure.

“This is not a good outcome of the meeting,” a G20 delegate quoted Bundesbank President Jens Weidmann as saying. Germany has a $ 65 billion trade surplus with the United States.

In a partial face-saving move, the communique may contain a reference to the importance of trade for the economy.

U.S. Treasury Secretary Steven Mnuchin said on Thursday in Berlin that the Trump administration had no desire to get into trade wars but that certain trade relationships need to be re-examined to make them fairer for U.S. workers.

After a meeting with German Chancellor Angela Merkel on Friday, Trump said that he did not believe in isolationism but that trade policy should be fairer.

The possibility of no reference to trade had been mentioned by German Finance Minister Wolfgang Schaeuble in an interview on Thursday. He was backed by IMF Managing Director Christine Lagarde and some other G20 officials, who suggested a deal could be left to a G20 leaders’ summit in July.

But other G20 countries argued that goods trade makes up almost half of global GDP output and therefore is very much an issue for finance ministers trying to accelerate global growth. They argue a reference to trade in the statement is needed.

The communique will also drop a reference, used by the G20 last year, on the readiness to finance climate change as agreed in Paris in 2015 because of opposition from the United States and Saudi Arabia.

Trump has called global warming a “hoax” concocted by China to hurt U.S. industry and vowed to scrap the Paris climate accord aimed at curbing greenhouse gas emissions.

Trump’s administration on Thursday proposed a 31% cut to the Environmental Protection Agency’s budget as the White House seeks to eliminate climate change programs and trim initiatives to protect air and water quality.

Asked about climate change funding, Mick Mulvaney, Trump’s budget director, said on Thursday, “We consider that to be a waste of money.”

“We reiterate that excess volatility and disorderly movements in exchange rates can have adverse implications for economic and financial stability,” the draft of the communique seen by Reuters said.

“We will consult closely on exchange markets. We reaffirm our previous exchange rate commitments including that we will refrain from competitive devaluations and we will not target exchange rates for competitive purposes,” it said.