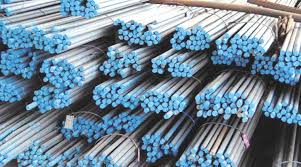 BHUBANESWAR, India South Korean steelmaker POSCO has asked the eastern state of Odisha in India to take back land it acquired for a $ 12 billion steel project as it has not been able to start work, two senior state officials said on Saturday.

The move could be a sign that the world’s fourth-biggest steelmaker is scrapping the proposed 12 million-tonnes-a-year steel plant in the Indian state.

In a letter to the Odisha Industrial Infrastructure Development Corporation (IDCO), a state government agency that arranges to make industrial plots available to companies, POSCO has offered to surrender the land.

The state government had leased about 2,700 acres of land to POSCO, which the company has now offered to surrender.

“Posco has asked us to take back the land as it could not utilize it as per the lease deed condition,” IDCO chief general manager for land management Susanta Kumar Mohanty told Reuters.

Posco India officials could not be contacted outside of normal business hours.

The 2005 project was billed as India’s biggest foreign direct investment at that time, but it has faced a series of delays due to a regulatory maze and protests from the local farmers.

A mining law enacted by the federal government in 2015 made it mandatory for the company to buy a mining license for captive mines in an auction. Originally, the Odisha government had promised to help the company obtain the licence for free.