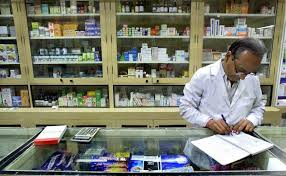 MUMBAI India’s small and medium-sized generic drugmakers say the threat of tougher rules and higher barriers for outsiders in the U.S. healthcare market will force many to find a niche or focus their expansion efforts on other countries.

India supplies nearly a third of medicines sold in the United States, the world’s largest healthcare market. Cut-price generics sold by India’s small- and medium-sized drugmakers have been critical in bringing down prices there.

A more protectionist stance by President Donald Trump, with the prospect of import tariffs and the U.S. boosting local drug manufacturing, mean the operating environment for smaller generic players will get worse, executives at Indian companies said.

“If the challenges keep increasing, competition will reduce, and this could actually increase prices there,” said D.G. Shah, secretary general of the Indian Pharmaceutical Association, which represents 20 large Indian drugmakers.

Ajanta Pharma (AJPH.NS) is one such firm. The mid-sized generics drug maker said it had no plans to scale up its U.S. business and would invest more in Asia and Africa instead.

“It’s not a major market for us right now … you’ve got to look at the risk-reward ratio,” said Rajeev Agarwal, general manager of finance at Ajanta.

The risks comes as U.S. revenue growth for these firms is falling. U.S. revenues for Indian drugmakers rose 15 percent in 2016, half the average annual growth rate of 33 percent between 2011 and 2015, ratings agency ICRA said. It expects the growth rate to fall further this year.

Consolidation among U.S. drugs distributors and a federal investigation into drug pricing have also reduced the pricing power of drugsmakers.

Firms that want to focus on the United States will have to increase investment in higher-margin niche therapies, or products requiring specialized manufacturing, said Mitanshu Shah, senior vice president of finance at Alembic Pharmaceuticals (ALEM.NS).

“Smaller companies with a few regular products and no long-term vision for the United States won’t last,” Shah said.

Even with a vision, the U.S. market is just getting tougher for companies to operate in, said Vijay Ramanavarapu, the head of the U.S. business of drugmaker Granules India (GRAN.NS).

“You have to fight twice as hard today,” Ramanavarapu said. “It will be harder for new entrants to enter the U.S. market unless they are able to find niche areas.”