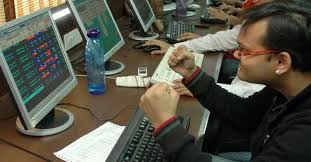 MUMBAI/BENGALURU The Nifty rose as much as 2.1 percent to a record high on Tuesday as investors saw Prime Minister Narendra Modi’s landslide victory in Uttar Pradesh as endorsing his economic reform agenda.

Modi’s win, announced on Saturday, strengthened his claim to a second term in national elections in 2019, and investors are betting it will embolden the ruling Bharatiya Janata Party (BJP) to embark on more reforms including launching a national sales tax.

The broader NSE Nifty rose as much as 2.1 percent to a record high of 9,122.75 points in the first trading session since the election results were announced, surpassing its previous peak of 9,119.20 on March 4, 2015.

But the index then pared some gains and was up 1.5 percent at 0410 GMT, while the benchmark BSE Sensex was up 1.6 percent.

Indian markets were closed on Monday for a holiday.

The gains in the rupee prompted the Reserve Bank of India to intervene once it strengthened to around 66.16 per dollar, traders said.

Modi’s victory “is a huge confidence boost for reform and is another step on the way to a story that could place him as one of the most successful reformers in history,” said Simon Quijano-Evans, investment strategist at Legal & General Investment Management in London.

The prime minister’s win should bode well for foreign portfolio investment in India.

Foreign investors have already started returning to the country, having bought a net $ 1.5 billion in equities and $ 887.3 million in debt in February, following four consecutive months of net sales. They have remained net buyers in March.

But expensive valuations and caution due to an anticipated rate hike by the U.S. Federal Reserve this week could temper gains.

Indian shares are trading at a price-to-earnings ratio of 19.85 over the next 12 months, compared with their five-year historic average of 17.8, according to Thomson Reuters data.