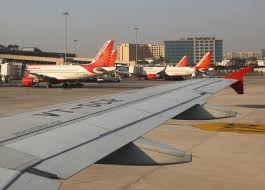 Air India did not make certain provisions required under accounting standards and valued some assets differently, resulting in the understatement, the Comptroller and Auditor General (CAG) of India said.

“We have found that they have not made provisions which they should have made in terms of standard accounting procedures,” senior CAG official, V. Kurian, told reporters on Friday.

Air India was bailed out in 2012 with $ 6.3 billion of government funding, after years of ceding market share to younger, low-cost rivals.

Its market share in 2016 was 14.6 percent while market leader IndiGo Airlines, owned by InterGlobe Aviation, had a 39.3 percent share, government data showed.

The airline has also breached loan limits set under the government restructuring plan “due to failure in generating projected revenue, mainly on account of non-achievement of asset monetisation target (and an) increase in staff costs,” the CAG said.

The report, which the government will use to evaluate Air India’s progress in restructuring, said the airline’s short-term loans rose to 145.51 billion rupees ($ 2.2 billion) as of March 31, four times its limit.

The report said the airline should monetise more of its assets faster to reduce its debt burden and speed up the leasing of narrow-body aircraft to improve its performance.