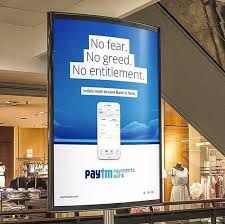 MUMBAI Reliance Capital Ltd has sold a less than 1 percent stake in payments and e-commerce startup One97 Communications to Alibaba Group Holding for 2.75 billion rupees ($ 41.25 million), a source with direct knowledge of deal said on Tuesday.

The deal valued One97, which owns and operates India’s No. 1 digital wallet Paytm, at about $ 5 billion, the source said, without giving further details.

Alibaba and its associates own the biggest chunk of shares in One97, which also runs the Paytm e-commerce marketplace.

Reliance Capital, controlled by billionaire Anil Ambani, had bought the stake in One97 for 100 million rupees, according to its annual report.

Reliance Capital will continue to own some shares in Paytm E-Commerce Pvt Ltd, the digital goods marketplace company, the source said.