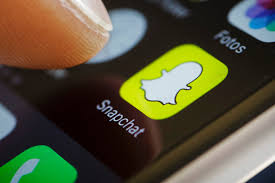 Snapchat Will Be a Stock Market Dog

Snapchat lured a herd of IPO starved investors, sending the stock soaring. But that upward trajectory may disappear quickly.

At least that’s the growing opinion of an influential group of Wall Street stock pickers. The average prediction of the analysts who have issued a recommendation on Snap Inc. is that the shares of the photo sharing company could plunge 40% in the next year. That means these Wall Streeters believe the shares, which closed at just under $ 24 on Wednesday, could go as low as just below $ 18 in the next year.

So far, seven analysts have issued a rating on the stock, none of which work at firms that helped sell Snapchat’s IPO. Five say the stock is a “Sell,” while another two are calling the stock a “Hold.” Not a single analyst has yet to recommend the stock. And that growing skepticism could be what drove shares of Snapchat down as much as 12% in trading Monday.

The negative outlook for Snap’s shares is notable not just because it’s a hot IPO, but also because Wall Street analysts are usually a pretty optimistic bunch, says Narasimhan Jegadeesh, who teaches finance at Emory University’s Goizueta Business School.

In their reports, the analysts rehashed some of the concerns that were voiced prior to Snap’s soaring debut: The company’s user growth has slowed and it lacks profits. But there was also talk of stiff competition.

“Ultimately, Snap’s competition, which includes wide-moat Facebook with nearly 2 billion users, is overwhelming, in our view. In particular, Facebook’s Instagram may emerge as a substitute for Snapchat,” Morningstar wrote in their Friday note.

But people who bought shares in Snap, like this Uber driver, don’t need to fret quite yet.

The company has quite a few cheerleaders on the sidelines. Snap had 26 underwriters on its IPO, several of which are titans in the world of Wall Street research. That includes Morgan Stanley, Goldman Sachs, J.P. Morgan, Deutsche Bank, Barclays, and Credit Suisse.

Currently, those 26 underwriters have been barred by Securities and Exchange Commission regulation from releasing research for 25 days after the IPO.

” So after the quiet period, they will be releasing their own research in a few weeks,” says Matt Kennedy over at Renaissance Capital. “Those are all typically going to be [buy] or hold. . .but it’s really likely [buy].”

Moreover, these underwriters likely have more access to management and information than those that aren’t involved in the IPO, said Leslie Pfrang of Class V Group, an IPO consultancy firm.

That could move the needle slightly in Snapchat’s favor, reminding uncertain investors why they might have liked Snap in the first place—how inexpensive it is to add each new consumer, potentially creating sizable profit margins not unlike Facebook’s 40%.

Or maybe it was just the dog faces.