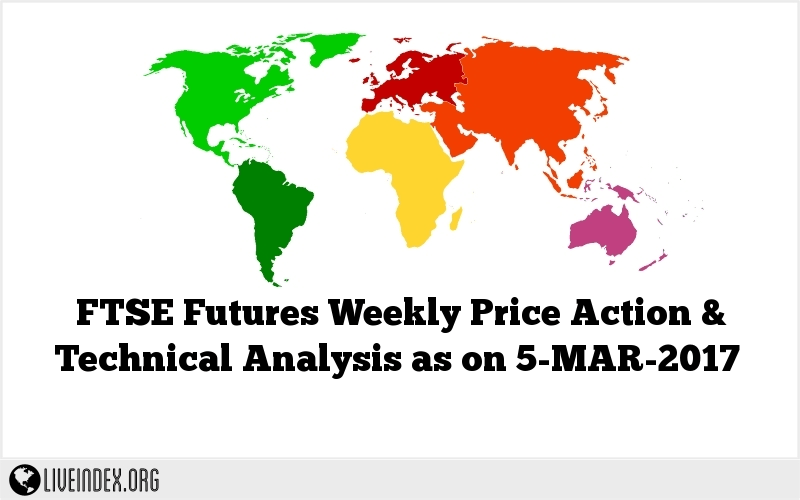 The FTSE has printed a bullish Week bar, mostly due to last Wednesday, with an impressive bullish Marabuzo Daily bar not seen since December 7th.

In the last review I’ve mentioned the reversal down the market did when it had a good chance to break up with strength. The manipulation of the market was clever. Last Monday and Tuesday, the last two trading days of the February, made a thrust up and held the price from declining, causing the Monthly bar to eventually close bullishly, rather than reversing down from the upper Bollinger band. So, it was a clear sign of strength, and the rally of the first day of March marked it as so.

Since the previous week’s bar closed as a bullish pinbar on sloping 8 EMA, and the passing week approved the bullishness by taking out its High, the current target for the market is the amplitude of that Weekly bar, i.e.7470. It is slightly below the Semiannual target of the same signal made by a Semiannual bullish pinbar of the first half of 2016.

The next target is the Quarterly bullish pinbar of the previous quarter, pointing at the 7600 area.

Any Daily bounce back towards the Daily 8 EMA that ends with strength such as a bullish pinbar of bullish Engulfing would be a good indication to join the move.