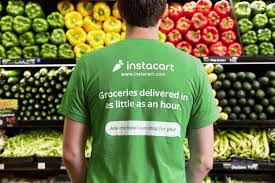 A year ago, tech executives were using Instacart as an example of “peak unicorn,” saying it could not justify its large valuation.

Axios is reporting that Instacart is in talks to raise another $ 400 million in fresh funding that would value the grocery delivery service at $ 3 billion, or 50% more than what the company was valued in its last funding round. Sequoia Capital will reportedly lead the round.

Instacart last raised money in January 2015, which brought the total money the company had received from outside investors to $ 275 million. At the time, investors seemed encouraged by the fact that the company was making profits in some of its markets. But it was only profitable on a gross margin level, meaning the company was still losing money is all of its markets once you factored in marketing, R&D, and even salaries. Still, investors rewarded the company with a $ 2 billion valuation at the time.

The company has yet to release any further financial details.

In 2016, Instacart CEO Apoorva Mehta told Bloomberg that he didn’t have plans to raise more venture capital in the near future. The reports of the new funding comes after news that Instacart workers were upset about the new tips system the company implemented. The company had planned to replace tips with a standard “service fee” that would be collected by the company instead of by its delivery people. However, after employees complained, Instacart quickly added the tipping feature back.