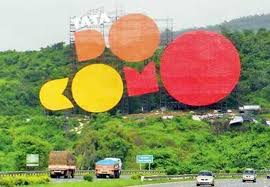 NEW DELHI Tata Sons will split a dispute settlement payment of $ 1.18 billion owed to NTT DoCoMo (9437.T) over the Japanese firm’s exit from a telecoms joint venture, leaving it with about two-thirds of the amount to invest in India, a source said.

Both companies are likely to approach India’s central bank within 15 days with a plan that will offer to split the payment into two parts, the source, who has direct knowledge of the matter, said.

While Tata Sons will pay the fair value of DoCoMo’s 26 percent stake outside India, or roughly $ 390 million according to Reuters calculations, DoCoMo would need to invest the balance of $ 790 million in India, either for expansion or other joint ventures, the source added.

It was not immediately clear how DoCoMo would use the money if the plan were formalised.

“DoCoMo at least gets control of the money and can use it for investment in India,” said the source, who requested anonymity, as the decision is not final.

Another possible alternative could be that DoCoMo receives the entire payment in India and retains it for future investment instead of repatriating it, a second source close to Tata Sons said.

Any deal is subject to the Reserve Bank of India’s approval.

Tata Teleservices, a unit of salt-to-software conglomerate Tata Sons, and DoCoMo formed a telecoms partnership in 2009. In the event of an exit, that deal guaranteed DoCoMo the higher of either half its original investment, or its fair value.

When DoCoMo decided to get out in 2014, Tata Sons was unable to find a buyer for the Japanese firm’s stake and offered to buy the stake itself, for half DoCoMo’s investment of $ 2.2 billion.

DoCoMo took the case to a London court and won the arbitration. Tata Sons was asked to pay a penalty of $ 1.18 billion, which it has deposited with the Delhi High Court in the Indian capital, where the case is being heard.

On Tuesday, Tata Sons and DoCoMo agreed to settle out of court, after a new chairman took charge at the Indian conglomerate. DoCoMo has also agreed to end all legal proceedings against Tata Sons in Britain and the United States for a period of time.