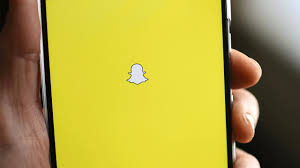 Why the Snap IPO Was a $1.1 Billion Disaster for Snapchat

Here we go again.The Snap Inc IPO is winning kudos because its shares roared in what looked like a triumphant debut on Thursday. Indeed, it’s laudable that co-founders Evan Spiegel and Bobby Murphy built a vanishing photo phenomenon that investors, rightly or wrongly, instantly valued at nearly $ 30 billion. But if the creators of Snapchat are so smart, why did they allow their Wall Street underwriters to price the shares at far less than they’re really worth, depriving the money-losing startup of a mountain of cash?

Indeed, the Snap IPO is the most notable case in years of a classic Wall Street practice: Getting startups to sell shares on the cheap, known in the trade as “IPO candy,” to the investment banks’ most lucrative clients. A syndicate led by Morgan Stanley, Goldman Sachs and J.P. Morgan pre-sold 145 million shares in Snap at $ 17 a share, raising $ 2.45 billion in cash needed to bolster its treasury. By the close of trading, Snap shares had jumped 44% to $ 24.51. The privileged institutions that bought at $ 17 and either held or sold during the day, reaped a $ 1.1 billion windfall overnight.

Snap brought a fresh round of jubilation to an already euphoric market. Here’s glamorous newcomer, delivering a big, old-fashioned pop, after a long drought of IPOs. But Snap made a bad deal. Had it sold those 145 million shares for what investors were really willing to pay––$ 25 a share––it would have raised not $ 2.45 billion, but $ 3.55 billion. In a single day, Snap left $ 1.1 billion on the table, money that was pocketed by mutual funds, ETFs, and hedge funds that could have greatly strengthened its balance sheet.

Of course, we don’t know if the Snap is really worth $ 25 a share. Its the ultimate high-flyer than could soar or crash in the future. The point is that $ 25 is what investors are willing to pay right now, so it should have benefited from their extreme optimism and reaped $ 25 a share, not $ 17, from its IPO.

That $ 1.1 billion may not seem like much to a shooting star worth over twenty-times that number. But given Snap’s big losses and cash reserves available to fund them, the extra cash would have provided a crucial cushion. In 2016, Snap posted a net loss of $ 515 million and negative cash flow of $ 678 million. With the proceeds from the offering, it holds $ 3.1 billion in cash. So the forgone $ 1.1 billion would have raised total cash by 35%, and assuming it keeps burning the green at the same rate, paid for those losses for well over a year and half going forward.

Viewed another way, Snap could have sold 31% fewer shares and still raised $ 2.45 billion.

The question always arises: Why would brilliant VCs, founders, and financial managers allow Wall Street to essentially transfer gigantic sums from the owners to the banks’ best customers?

It’s well known that the investment banks advance an array of pitches that are surprisingly persuasive. They argue that if the startups hand investors a discounted price, they’ll show their gratitude by holding shares for the long-term. In fact, the Snap prospectus discloses that at least 50 million shares, or about a third of the offering, are going to institutions pledging not to sell for at least a year. Plenty of buyers, however, are flippers––as shown by the frenzied trading that sent the price soaring on Thursday.

Not to mention that the positive buzz you can get from a hot IPO. A dud IPO, one that drops after the offering, can leave the market, and the world, with the impression that your company is a dud as well. But $ 1.1 billion is a lot to pay for advertising.

Another argument is aimed at VCs. The banks point out that the shares sold in IPOs are a relatively small portion of the total float following the offering, so that the dilution from underpricing is no big deal. After the “lockup” period during which insiders are barred from selling––in Snap’s case 150 days––the VCs frequently seek to unload big holdings to the same funds that bought the shares during the IPO. Those founding blocks are so big that to sell, the VCs often need to accept a large discount.

But the banks are polished persuaders. They assure the VCs that funds that are delighted with a 50% pop, and love their offspring, will pay closer to the prevailing price for a secondary offering than if they didn’t get that pop to begin with. For example, instead of paying $ 28 for a 10% block of a recent IPO selling at $ 30 for small orders, a fund might pay $ 29 because they both like the company, and have already garnered rich gains on the IPO. Or so goes the sell.

It’s hard to say if VCs really get a special deal from funds that profit from their IPOs. But the rationale for value of cheap IPOs to the funds themselves, and to Wall Street, are clear. The performance of mutual funds and ETFs is measured against a “benchmark,” usually consisting of an index of stocks in the same industry. But before the IPO, a startup isn’t included in the index. So if a fund got a big allocation of Snap equal to 1% of its holdings, it just got a .5% boost to its returns in a single day. That’s a big help in beating the benchmark, which will only include Snap at the far higher, post-IPO price.

The superior performance helps keep investors happy. Hence, they don’t sell or “redeem” their shares in the funds. For funds, redemptions are a disaster. Refunding big sums forces the funds to dump lots of stocks and pay lots of commissions in the process. Those high transactions costs, in turn, make it extremely difficult to outpace the benchmarks.

For Wall Street, dispensing IPO candy is crucial to pleasing their most valuable customers. Those are the big banks, asset managers, and hedge funds that provide the largest volumes of trading to the underwriters, often at high spreads and commissions. It’s illegal for banks to exchange a big position in a specific, hot IPO for lucrative trades. But it’s legal, and standard practice, to reward your best customers, those providing the most prized “relationships,” with the richest candy.

As the Snap IPO makes clear, the Wall Street establishment, not the billionaire brainiacs and vaunted VCs of Silicon Valley, still sets the rules for raising the end-of-the-rainbow money that powers the world of tech.