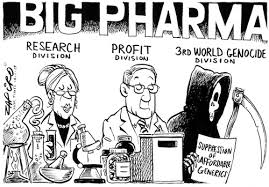 These Were Big Pharma’s Biggest Winners and Losers in 2016

Biopharma stocks endured a precipitous decline over the course of 2016. But some giants drug making giants made out far better than others, according to a new report based on data from analytics firm Evaluate.

To be clear: this analysis is based on market capitalization, and not other critical measures such as clinical trial failures or acquisition strategy (though those various issues are, at least partially, tied together… Also, make sure to read my write up of the 10 biggest biopharma deals of 2016).

Evaluate has two separate buckets for classifying big pharma: The 11 companies that make up the traditional “big cap” sector and then another list of large drug makers with a market capitalization of $ 25 billion or more.

Neither tranche’s performance was particularly notable last year. In fact, the leading “riser” out of pharma giants, GlaxoSmithKline, actually saw an overall 12-month decline in market value (although that’s thanks to a strong dollar). Johnson & Johnson and Merck both posted impressive results, buoyed by the approvals of key cancer drugs, including Merck’s immunotherapy star Keytruda.

“As a group big pharma is arguably less exposed to the temperature of the specialist biotech investor market that fared so badly last year. Even so, losers outweighed the winners in 2016,” wrote the authors. “Of the 11 big cap names in the EvaluatePharma universe only five managed to advance over the year, and as a group around $ 100bn in market value was lost. As such, the advances of [GlaxoSmithKline, Johnson & Johnson,] and Merck are all the more impressive; it should be noted, however, that [Glaxo’s] gains were propelled by the steep plunge in sterling against the dollar.”

The figures were even worse when it came to other massive drug makers, with two of the top three performers actually in the red for the year.

That’s thanks to both a precipitous drop in the returns for risky investments (Vertex, which specializes in cystic fibrosis) and pushback against the widespread tactic of relying on raising prices to plug revenue holes.

“Many of these companies – Amgen and Biogen, for example – have come to rely on price hikes to drive revenue growth in the US. So it was inevitable that these stocks would be hurt by mounting fears of action to bring an end to the sector’s almost free rein in this regard,” wrote the report authors. “Of course there were also unique issues hitting certain stocks. The collapse of Valeant – which has been demoted to the mid-caps for 2017 – has been well documented. Teva has failed to convince investors that it did not overpay for the huge $ 43 billion Allergan generics deal. And sales of Vertex’s new cystic fibrosis drug, Orkambi, have disappointed.”