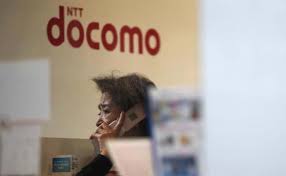 India’s Tata Sons Ltd has agreed to pay Japan’s NTT DoCoMo (9437.T) about $ 1.17 billion in connection with the termination of a joint venture in the South Asian nation, the Nikkei daily reported, without citing its sources.

The deal could be announced as early as Tuesday, the Nikkei reported. (s.nikkei.com/2mnqa3g)

Tata Sons and DoCoMo were not immediately available for comments.

Tata Teleservices and DoCoMo have been locked in a long tussle over the Japanese company’s move to exit a partnership formed in 2009.

Under the terms of that deal, in the event of an exit, DoCoMo was guaranteed the higher of either half its original investment, or its fair value.

When DoCoMo decided to get out in 2014, Tata was unable to find a buyer for the Japanese firm’s stake and offered to buy the stake itself for half of DoCoMo’s $ 2.2 billion investment.

Docomo proceeded to initiate arbitration in a London court, and won it. Tata was asked to pay a penalty of $ 1.17 billion, which it has deposited with the Delhi High Court.