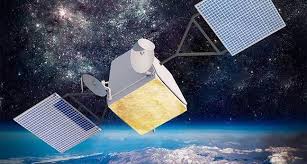 OneWeb, a U.S. satellite venture backed by SoftBank, and debt-laden satellite operator Intelsat SA plan to merge in a deal that could be announced as soon as late Monday, according to people briefed on the plans.

The merger is conditional on approval from the bondholders of Intelsat SA (i), which had about $ 15 billion in debt at Sept. 30, the people said. The Luxembourg-based company has been trying to slash its debt through bond exchanges.

The combination of the two would consolidate two players in the satellite space, and allow Intelsat (i) to address its debt pile. SoftBank (sftby) announced its investment in OneWeb, which seeks to provide affordable internet service with satellites, late last year.

SoftBank and OneWeb declined to comment. Intelsat did not immediately respond to a request for comment. The sources asked not to be identified because the plans for the merger have not yet been made public.

Some of Intelsat’s debt was trading as low as about 40 cents on the dollar on Monday, according to Thomson Reuters data. The company had a market capitalization of approximately $ 500 million.

Last year, Intelsat bondholder Aurelius Capital Management accused the company of defaulting on some of its debt and improperly paying dividends.

SoftBank this month also announced that it had agreed to acquire Fortress Investment Group (fig) for $ 3.3 billion.

The merger was first reported by Sky News.