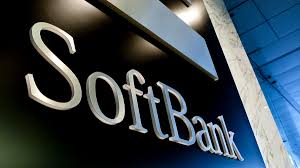 SoftBank Is Honing in on a $3 Billion Investment in WeWork

Japan’s SoftBank Group is close to making an investment in U.S. office-sharing startup WeWork (wework) expected to be worth over $ 3 billion, CNBC reported on Monday, as it expands its reach beyond tech and telecoms.

Led by founder Masayashi Son, SoftBank has made a string of surprising acquisitions and investments over the past months, most recently an all-cash deal to buy asset manager Fortress Investment Group (fig).

The deals come as SoftBank moves towards cutting-edge tech investments as telecoms services markets mature, announcing last year the creation of a tech investment fund with Saudi Arabia that could grow to $ 100 billion and make the group one of the world’s largest private equity investors.

SoftBank is looking at a $ 2 billion primary tranche of funding in New York-based WeWork, followed by a secondary round worth more than $ 1 billion, CNBC reported, citing an anonymous source.

The company could increase the size of the secondary investment to nearly $ 2 billion for a total investment of almost $ 4 billion, CNBC added. If the deal closed, WeWork would be valued at more than $ 20 billion.

SoftBank had been in discussions for some time regarding an investment, two people at one of WeWork’s investors said, without elaborating.

WeWork, which provides shared workspaces to start-ups in the Americas, Europe, Hong Kong and Shanghai, plans to expand to Beijing in May, co-founder Miguel McKelvey told reporters in Hong Kong last week.

It will continue to raise capital for expansion ahead of an expected public listing, McKelvey said, without indicating a time frame.

The deal valued WeWork at $ 16.7 billion, Hony said—less than that reported by CNBC but still making it among the world’s most valuable startups.

SoftBank shares fell as much as 2.3 percent in morning trade, compared with a 1.4 fall for the benchmark Nikkei average .

Some of SoftBank’s moves have caused concern among analysts, as it is wrestling with a heavy debt pile.