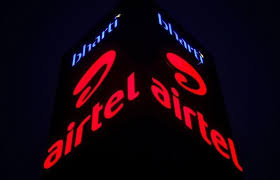 Bharti Airtel said on Thursday it will buy Telenor (India) Communications Pvt Ltd, as part of which it will acquire the Norwegian company’s operations in six Indian states.

A Telenor spokesman said Bharti will not pay any cash under the deal but will instead take on the Telenor unit’s commitments to pay for licences and phone towers.

The acquisition, which also includes Telenor’s India employees and its 44 million customers, will not lead to any impairment charges for Telenor.

Expectations have grown for continued consolidation, likely culminating in the emergence of a few large players and the exit of smaller players like Telenor, which accumulated losses of 24 billion NOK ($ 2.87 billion) since entering India in 2008, and has assets in the country of just 0.3 billion NOK.

Britain’s Vodafone Group is already in talks to merge its Indian subsidiary with Idea Cellular, potentially overtaking Bharti Airtel as India’s largest mobile operator with about $ 12 billion in sales.

“The decision to exit India has not been taken lightly. After thorough consideration, it is our view that the significant investments needed to secure Telenor India’s future business on a standalone basis will not give an acceptable level of return,” Sigve Brekke, CEO of Telenor Group, said in a statement.

Shares of Bharti Airtel, in which Singapore Telecommunications is the second-biggest shareholder, rose as much as 11 percent in Mumbai trade to a one-and-a-half year high after the deal was announced. They were up 4.7 percent in early afternoon trade.

Bharti Airtel reported its lowest profit in four years in the October-December quarter while No. 3 player Idea Cellular posted its first-ever quarterly loss for the same period.

Some of that competition could ease after Ambani said on Tuesday Jio would start charging customers starting in April after accumulating more than 100 million subscribers since its launch.

But Jio will do so at sharp discounts, pricing its offering below the ones provided by Airtel, which will have around 314 million customers after its Telenor acquisition.

Jio and Bharti would potentially compete against a merged Vodafone-Idea entity with 375 million subscribers, forcing remaining smaller players such as debt-ridden Tata Teleservices into urgently finding a buyer. Another small carrier, Videocon Telecom, is in the process of shutting its wireless business.

Reliance Communications has already entered into an agreement to merge its wireless business with smaller rival Aircel.

“Consolidation will add to some more spectrum resources for bigger carriers which will allow delivery of more data and help them in providing better quality of service,” said Kunal Bajaj, an independent telecom consultant.