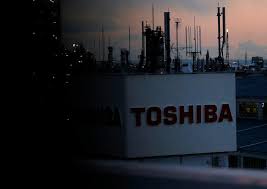 Toshiba this week booked a $ 6.3 billion charge related to huge cost overruns at Westinghouse, forcing it to put its flash-memory chip business up for sale to stay solvent and pull out of nuclear power plant construction overseas.

India has been in talks to locate half a dozen Westinghouse AP1000 reactors in the southern state of Andhra Pradesh under its drive to expand nuclear generation and wean the economy off polluting fuels like coal.

Prime Minister Narendra Modi and former U.S. President Barack Obama made nuclear cooperation a cornerstone of their friendship, announcing at a summit last year that a Westinghouse deal should be finalised this June.

“As for the technical execution of the project, I do not see many problems,” Sekhar Basu, secretary of the Department of Atomic Energy that reports directly to Modi, told Reuters in a short telephone interview.

Negotiations on the technical and commercial terms of the reactor deal have reached an advanced stage and India is dealing with Westinghouse – and not Toshiba – so that process is not directly affected by the Japanese company’s pullback, he said.

Industry experts said that, if the project is still at all viable, the main logistical challenge would be to reallocate civil engineering work to other contractors while Westinghouse would only provide the reactors.

India has not yet signed a contract with Westinghouse, nor has cash changed hands. That means it does not face financial losses, but a delay or cancellation would make it harder to hit its already ambitious target of tripling its nuclear generating capacity by 2024.

Basu said that talks on financing had not yet begun in earnest and the state-owned Nuclear Power Corporation of India (NPCIL) had yet to be updated by Westinghouse on recent developments.

“The financial dialogue has yet to open over the new situation,” Basu said, adding, “I don’t see much of a problem” if Westinghouse can offer a solution that ensures unit costs for power are comparable to other sources of energy.

It was not immediately clear when Westinghouse would send a team to brief the Indian side after Toshiba said on Tuesday it would send nuclear boss Daniel Roderick back to the U.S. firm, where he was previously chief executive, to tackle the crisis there.

Westinghouse and NPCIL did not respond to requests for comment.