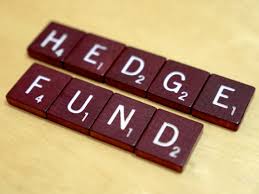 Does Salesforce Need A Hedge Fund Activist to Shake Up the Stock?

Salesforce may be ripe for a shakeup.

The hedge funds’ stakes are small compared to typical activist positions, adding up to about 1.3% of Salesforce (crm) shares combined. The total stake is worth $ 716 million. Jana Partners, for example, bought nearly 5% of Time Inc. (time) (the parent company of Fortune) last year, and has reportedly put pressure on the publishing company to restructure or sell.

It’s unclear whether the activist investors plan to push for major changes at Salesforce, though a few hedge funds have successfully won concessions from their target companies even while owning relatively few shares. Salesforce stock rose more than 1% Wednesday following the disclosures.

While Salesforce has long enjoyed the status of a Wall Street darling—its founder, billionaire Marc Benioff, remains its CEO—its shareholders have reason to be impatient. Although Salesforce has managed to grow sales at a brisk clip of roughly 25% annually, the last time it reported a yearly profit was 2011. The company also rattled investors late last summer when it forecasted lower-than-expected earnings amid signs of a business slowdown.

And last year wasn’t a good one for Salesforce in the market. Its shares dropped almost 13%, far worse than the performance of the S&P 500, which was up nearly 10%, as well as its peers. Shares of Oracle (orcl), for example, gained more than 5%, while Microsoft (msft), another rival in the cloud software business, rose 12% for the year.

Still, Salesforce has bounced back significantly in 2017 so far, up 19% this year alone, and it’s possible that the hedge funds will take their profits and leave without changing a thing at the company. That’s what Corvex did with Hain Celestial (hain), whose stock price rose 11% during the final quarter of 2016. The hedge fund sold out of it by the end of the year after first buying the stock just the quarter before.

The same is true of Jana’s Rosenstein and Twitter (twtr). Rosenstein had raised hopes that he would do something to turn around the social media platform after he revealed a stake in the company last fall, sending Twitter stock up 2%. But the activist has already cashed out of the social media company, according to the new filings.

Meanwhile Sachem Head, started by a protege of Pershing Square activist hedge fund manger Bill Ackman, is just wrapping up a winning campaign at Autodesk (adsk), currently the firm’s top holding with nearly 6% of the tech company’s shares. Accumulating a position anywhere near that big at Salesforce would be much more expensive. A 5% stake in the company would currently cost more than $ 2 billion. But if the hedge funds were to combine forces in pursuit of the same goals, an activist campaign isn’t out of the question.