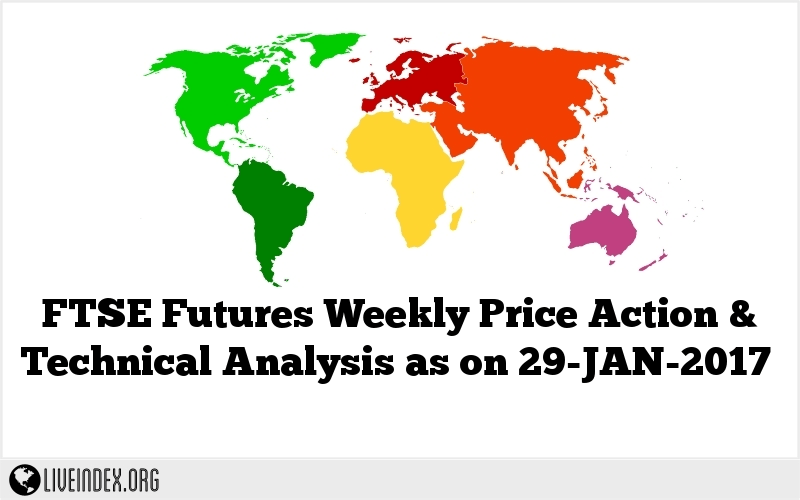 After a bearish Engulfing pattern on the previous week, the passing week ended as a bullish pinbar on sloping 8 EMA (short term sentiment line).

The clear sign of strength is the fact that the open gap since the beginning of the year has been tested – but not closed. Taking out the Weekly High (while respecting the Weekly Low) is a good bullish signal to reach back the 7285 level. In this case, if happens in the first half of the week, the Monthly bar is going to close much more strongly than the bearish pinbar (or the Shooting Star pattern) it currently is, and that would most likely affect bullishly the next month.

On the other hand, taking out the Weekly Low would probably lead to closing the open gap, and closing the Monthly bar with anticipation to further weakening on the next month. I wouldn’t give that scenario many chances.

The next important bullish targets are the Quarterly and Semiannual bullish pinbars, pointing at the 7500-7600 area, at the Semiannual upper Bollinger band.