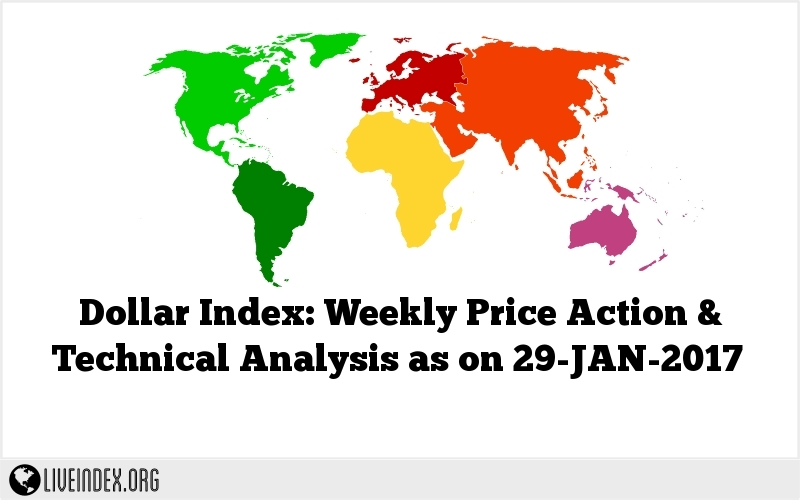 As expected, the current area has proven to be a support area for the market, resulting in ending the passing week with a clear shortening of the thrust down.

On the Quarterly level, we are testing back (from above) the most important down trend line for the past two years (see chart), and a bounce from this level (currently not more than a corrective bounce up) is most likely to appear.

The Monthly bar, although being bearish so far has already penetrated deeply the upper Bollinger band, and has been respecting the Monthly Low so far, meaning that the market is not ready for some big decline (at least not from the price action point of view).

The Weekly bar ended as a bullish pinbar on sloping 20 SMA, so a thrust up above its High can start a bullish corrective move at least back to 101.6 where the Daily 50 SMA lies. Since the Weekly bar closed below the 8 EMA short sentiment line, that attempt to correct up can have one more misleading move, so I would suggest buying after the Weekly High is taken out, but not before the market completed another test of the lows, i.e. at 99.6-100 (So beware of early thrust up at the beginning of the week, that might happen).

On the Daily timeframe, pay attention that since last Monday, the price doesn’t touch the lower Bollinger band, another indication for the support on the current area.

Toyota beats Volkswagen to become World’s No.1 car seller in 2020