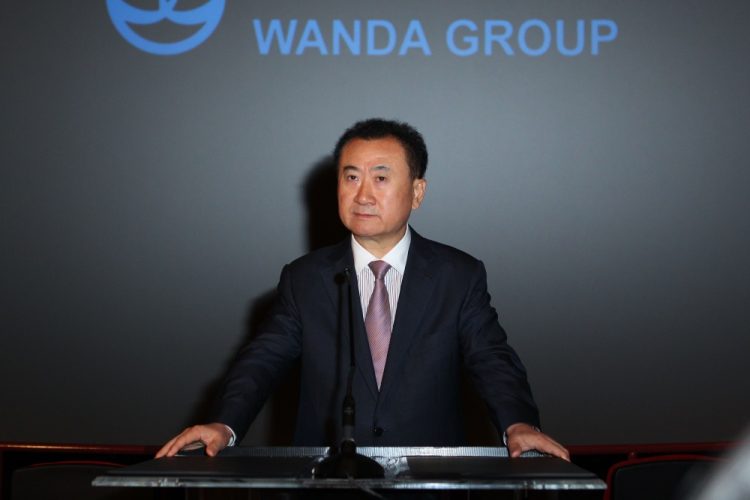 China’s Dalian Wanda Group Co Ltd on Saturday said its revenue for 2016 dropped by 13.9 percent, even as operating income increased 3.4 percent, as a slowdown in the group’s commercial property business impacted overall performance.

Wanda Group, owned by China’s richest man Wang Jianlin, said in an online statement that its 2016 operating income rose to 254.98 billion yuan ($ 36.96 billion), and that unaudited net profit grew by “double-digits”. Wanda does not provide profit information for the group.

Revenue fell 13.9 percent from a year earlier, Wanda said, without providing an exact figure. The group reported 290.2 billion yuan in revenue in 2015. It was the first revenue decline reported by the group after years of double-digit growth. It also was the first year that real estate’s contribution to total revenue fell below 50 percent, the company said.

Wanda Group has been on an buying spree of late, acquiring U.S. film studio Legendary Entertainment and World Triathlon Corp, owner of the Ironman franchise, to transform itself into a film, sports and tourism-led conglomerate. In November, Wanda agreed to a $ 1 billion takeover of Dick Clark Productions Inc, the company that runs the Golden Globe awards and Miss America pageants. Last month, Wanda’s AMC Entertainment Holdings Inc also closed deals for Carmike Cinemas Inc in the United States and Odeon and UCI Cinemas Holdings Ltd in Europe, strengthening its position as the world’s biggest movie theatre operator.

Last week, Moody’s placed the ratings of Dalian Wanda Commercial Properties Co Ltd on review for downgrade as it expected the developer to raise 40 billion to 45 billion yuan of new debt in each of the next two years. Moody’s current issuer rating of “Baa2” on Wanda Commercial is two notches above a high-yield grade. S&P downgraded its rating on the company by one notch to “BBB-“, the second downgrade in a year and one notch above “junk”, citing rising financial leverage and slower-than-expected asset disposal.