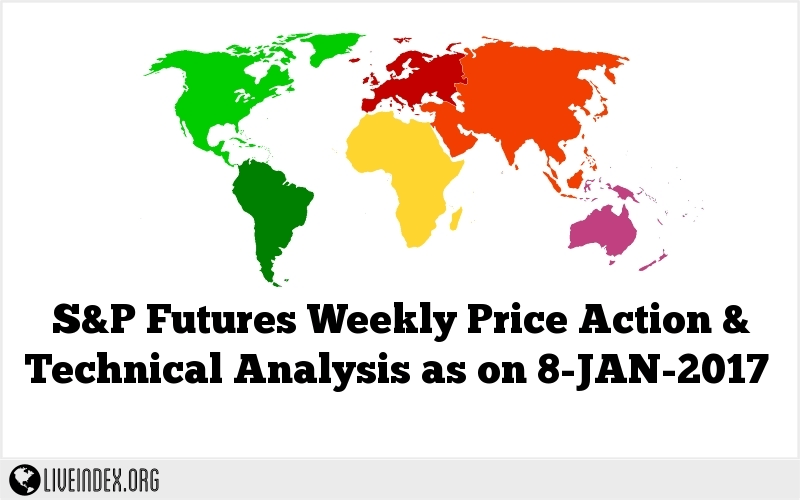 The First Week of 2017 has started with a gap up and bullish Weekly bar printing a Weekly reversal up and making a new all time High.

This thrust up is important since it confirms the last Quarterly bar ended as a bullish pinbar on sloping 8 EMA and a Spring target at 2500, and the same goes for the Yearly timeframe, where in that case the target at 2740 area. In both cases, the scale needs an attention as the Stop is huge as well, but it means that any retracement from the current levels (before making a considerable move up from here) should be currently assumed to be a correction and re-accumulation before going higher.

Taking out the Weekly High is a signal that the gap up left at the beginning of the year is “confirmed” by the market. In this case, any following consolidation ending with a good bullish signal on the Daily timeframe can give a very good opportunity to reach the nearest long term target area, currently about 1.5% above, at 2300. This has been the target for the 2 Year Spring (false thrust down) bar of the years 2008-2009.