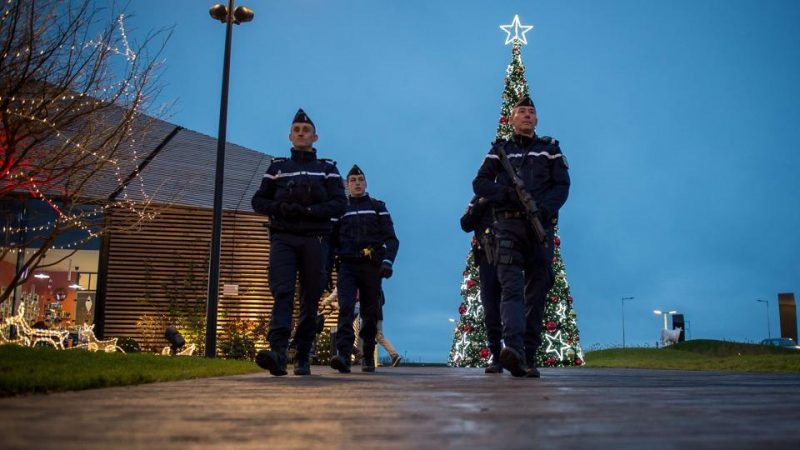 Europe on Christmas high alert after truck attack in Berlin

Security was heightened for the Christmas weekend in Italy and at the Vatican on Saturday after Italian police killed the man believed to be responsible for the Berlin market truck attack while other European cities kept forces on high alert.

In France, Britain and Germany, which have all been targets of Islamist militant attacks, police increased their presence at tourist spots in major cities and other densely populated areas.

Anis Amri, a 24-year-old Tunisian suspected of carrying out the truck attack which killed 12 people, was shot dead in a town near Milan early on Friday after he pulled a gun on police during a routine check. He had travelled undetected to Italy from Germany via France, taking advantage of Europe’s open-border Schengen pact. Amri originally came to Europe in 2011, landing with other migrants on the island of Lampedusa, and spent four years in an Italian jail for trying to set a school on fire in Sicily.

As investigators sought to determine if Amri had accomplices in Italy, and associates were being arrested in his home country of Tunisia, national security officials in Italy beefed up security at sensitive spots.

At the Vatican, where Pope Francis was due to celebrate Christmas Eve Mass in St. Peter’s basilica on Saturday evening, police cars and military jeeps stood about every 100 metres (yards) along streets leading to the Vatican.

Security was also stepped up in central Milan and other Italian cities, particularly near major churches where the faithful were attending Christmas services.

In France, where Islamist militants killed 130 people in shooting and bomb attacks in Paris in November 2015, authorities said more than 91,000 policemen and soldiers would be deployed, with additional security measures being enforced at churches. Emergency rule has been in place since the Paris attacks, and French soldiers patrol the capital’s streets. Police have been given wider search and arrest powers to target suspects considered a threat to security.

In Germany, federal police reinforced armed patrols at airports and rail stations, officials said. They have also reintroduced spot checks on people coming into Germany along a 30-km (19 miles) corridor inside the international frontiers.

German Interior Minister Thomas de Maiziere has said the danger of an attack in Germany remains high despite the death of the suspected attacker.

More than 100 investigators would be working through the holidays searching for any accomplices or support network for Amri. “The level of threat remains high,” he told reporters late on Friday.

Britain is on its second-highest threat level, meaning an attack by militants is considered highly likely. Police there have increased security at a number of popular tourist attractions, including around Queen Elizabeth’s London residence, Buckingham Palace. Armed officers patrol major shopping centres, Christmas markets and places of worship.

After reconstructing Amri’s movements since he drove a truck through a festive market in Berlin on Monday, police are investigating whether he was seeking shelter from comrades in Italy or was en route to another country.
The town near Milan where Amri was killed, Sesto San Giovanni, is home to a sizeable Muslim community and is a departure point for buses to southern Italy, eastern Europe and the Balkans.

In a video released on Friday after his death, he is seen pledging his allegiance to militant group Islamic State leader Abu Bakr al-Baghdadi. Tunisian security forces on Saturday arrested three suspected militants, including Amri’s nephew, who had been in touch with Amri by social media messaging.

Spain’s interior minister Juan Ignacio Zoido said its intelligence services were investigating a possible connection via Internet between Amri and a Spanish resident on Dec. 19.

German authorities have complained they were unaware of Amri’s criminal past.

“Convicted criminals from all countries need to be listed in a European database so that we know when and where they are when they cross our borders or ask for asylum,” Germany’s de Maiziere told Bild am Sonntag newspaper.

Italians have been moved by the story of 31-year-old Fabrizia di Lorenzo, who survived two heart operations only to be killed in the truck attack in Berlin, where she was living.