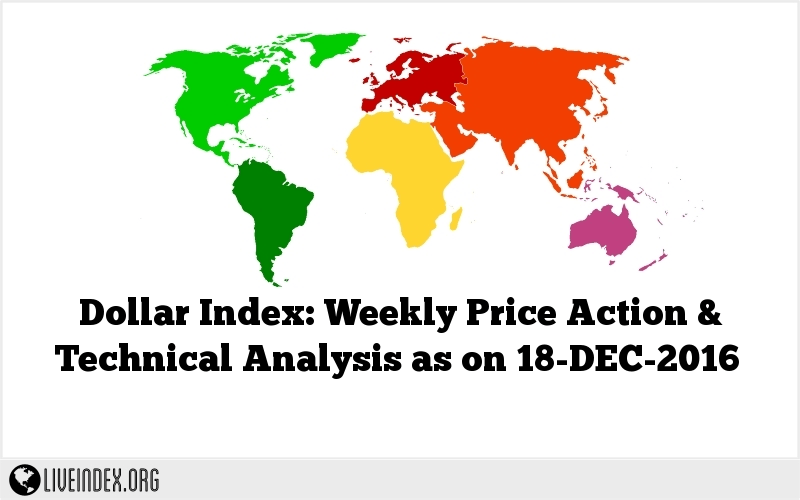 The passing week ended as a bullish Weekly pinbar on sloping 8 EMA, and as mentioned in the last review, a thrust up above its High is a bullish signal to reach its magnitude distance, at 104.1, a move assumed to be already under way.

On the Daily timeframe, pay attention to the open gap created last Thursday (levels 101.77 till 102.16). A false thrust down that doesn’t close this gap entirely can turn easily into a good bullish opportunity to reach the target at 104.1.

I wouldn’t recommend holding the same position for the higher targets than 104.1, as by the Yearly charts there are very good chances to see a considerable retracement below the stop level of that Weekly bullish pinbar, before the bigger move most likely is going to continue.

Dollar Index, Daily, Weekly, Monthly and Semiannual charts (at the courtesy of prorealtime.com)