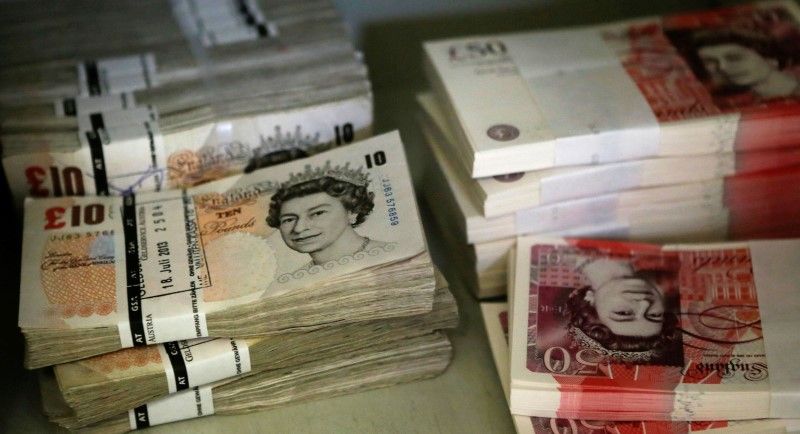 LONDON Sterling edged up on Monday, recovering some ground lost last week as investors braced for what is shaping up to be a busy week with the latest top-tier UK economic data releases and Bank of England policy meeting.

Britain’s benchmark 10-year government bond yield rose to 1.50 percent on Monday for the first time since May, and the two-year spread over comparable German yields hit its widest since late October at 93 basis points.

Sterling chalked up its first weekly fall against the dollar in four last week, falling 1.1 percent as British lawmakers said they would stick to Prime Minister Theresa May’s timetable for Britain leaving the European Union, dampening investors’ hopes for a delayed Brexit.

The pound is trading about 15 percent lower against the dollar after Britain voted to leave the European Union, and about 10 percent weaker against the euro.

This week’s packed UK economic calendar opens on Tuesday with November’s inflation figures, which are expected to show a slight rise to 1.1 percent. Prices are expected to spike much higher next year as sterling’s weakness feeds through.

Economists at RBC Capital Markets, however, expect the BoE to look through that and ease policy further in the second half of next year to support faltering growth.

The inflation data are followed by unemployment, wage growth and retail sales reports, and the Bank delivers its latest monetary policy decision on Thursday.

The BoE is expected to refrain from changing rates or its quantitative easing bond buying programme this week, but investors will closely scrutinise comments from governor Mark Carney on the outlook for the coming months.