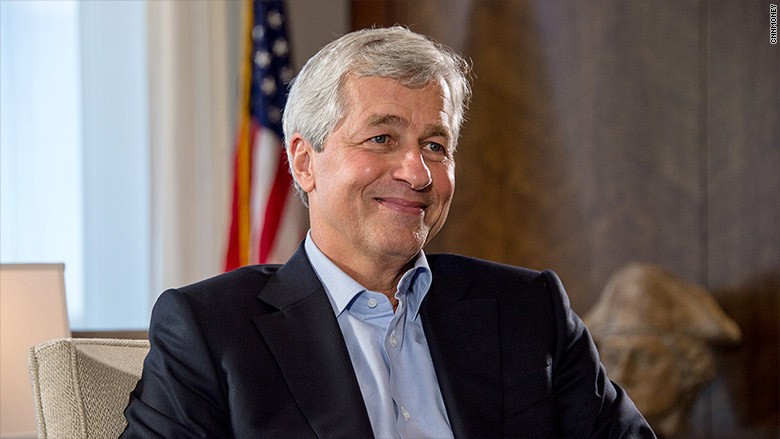 J.P. Morgan’s CEO Is the New Head of Business Roundtable

He may have turned down the idea of being the next Treasury Secretary, but J.P. Morgan Chase CEO Jamie Dimon will lead a team of CEOs who advocate pro-business policies on Capitol Hill during the beginning of Donald Trump’s presidency.

The Business Roundtable named Dimon as its next chairman Wednesday, where he will serve a two-year term starting in 2017. The CEO replaces the executive currently at the helm, Caterpillar CEO Doug Oberhelman.

“With a new president and Congress soon to take office, there is a real opportunity for Business Roundtable to be a positive influence and show how business plays a critical role in this growth,” Dimon said in a statement. “The results of the U.S. election reflected in some part the frustration that so many people have with the lack of economic opportunity and the challenges they face.”

Dimon has been increasingly involved with the incoming Trump administration. The CEO is already a member of President-elect Donald Trump’s economic advisory team. And though Trump was reportedly considering him for treasury secretary, that role ultimately fell to Goldman Sachs alumnus, Steven Mnuchin.

The Roundtable, which is now comprised of 192 CEOs, is one of the most prominent lobbying groups in Washington, D.C. In 2015, the group spent $ 19.3 million on lobbying, making it the eighth biggest spender that year, according to the Center for Responsive Politics.

The Roundtable has called for the country to lower the corporate tax to 25% (higher than Trump’s proposal of 15%), enact the Trans-Pacific Partnership, increase infrastructure spending, and decrease regulation.