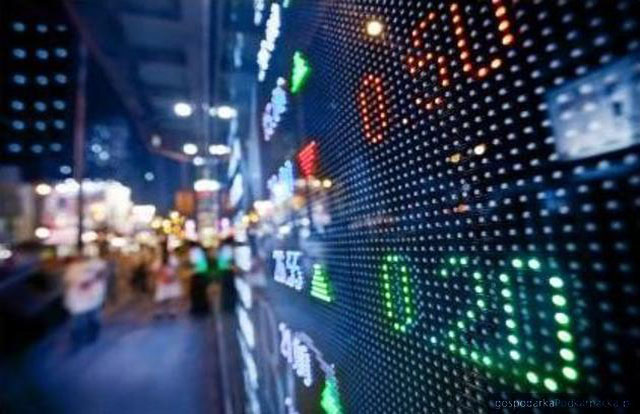 Oil swept to a six-week high on Thursday, lifting energy shares in its slipstream, after OPEC agreed to cut crude output to clear a glut, while bond yields rose on prospects that resulting inflationary pressures will lead to higher interest rates.

European stocks slipped into the red, however, shrugging off the bounce in Asian shares and following Wall Street’s slight decline the previous day instead.

The Organization of the Petroleum Exporting Countries on Wednesday agreed to its first output cut since 2008, finally taking action after global oil prices fell by more than half in the last two years.

Non-OPEC Russia will also join output reductions for the first time in 15 years.

The jump in oil prices added to inflation expectations in the United States, which were already rising on prospects that president-elect Donald Trump would adopt reflationary policies using a large fiscal stimulus.

As a result the rout in U.S. Treasuries resumed, with yields pushing higher, especially on longer-dated bonds. The yield on 10-year and 30-year bonds <US10YT=RR< US30YT=RR, which are most sensitive to inflation eroding their value, rose 3 basis points to 2.40 percent and 3.06 percent, respectively.

“This remains our key theme for next year as well – we believe U.S. yields will keep leading the charge higher on improving macro backdrop and rising inflation expectations.”

The 30-year yield has climbed more than 40 basis points since the Nov. 8 presidential election, heading back towards a 14-month peak of 3.09 percent marked last week.

The 10-year yield had its biggest monthly rise in November since 2009. Bonds across the world lost about $ 2 trillion in market value since the Nov. 8 U.S. election, according to Bank of America Merrill Lynch .MERGBMI data.

Energy and resources stocks in Europe shares outperformed the broader indices, which snapped a two-day winning run. The STOXX Europe 600 Oil and Gas index .SXEP was up 1.5 percent, while the basic resources index .SXPP was up 2.1 percent.

On Wall Street, futures are pointing to a flat open on Thursday ESc1 following Wednesday’s 0.3 percent fall on the S&P 500 on Wednesday .SPX.

All eyes are now on whether the OPEC deal will hold together. If the bounce in oil prices gathers pace after the OPEC deal it was expected to have a broad implication on the global economy.

Brent is off the 12-year low of $ 27 per barrel marked in January but still less than half of where they were in 2014.

Economists expect a further recovery in crude to bode well for oil-exporting economies, while potentially easing deflationary pressures in developed economies locked in a battle against falling prices.

“The question is whether this (production cut) is going to put a floor under the oil price from here. The answer to that could well depend on what happens with the global economy in the coming year,” said Simon Smith, chief economist at FXPro.

In currencies, the dollar advanced to a 9-1/2-month high of 114.83 yen before pulling back to 114.10 and the euro recovered from the previous day’s slide to trade back above $ 1.06 EUR= after shedding 0.6 percent the previous day.