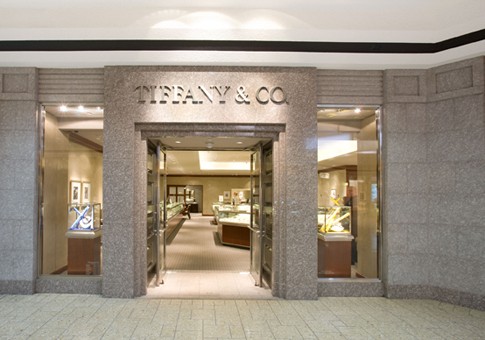 Tiffany & Co (TIF.N) reported its first rise in sales in two years as more people shopped in its stores in Japan and China, and the upscale jeweler said sales in the United States declined at their slowest quarterly pace this year.

The company’s shares rose as much as 8 percent on Tuesday, their highest in 15 months.

However, the luxury retailer – whose flagship store is next to the Trump Tower in New York – said it could not guarantee that sales in the current quarter would not be affected by protests and stepped-up security in the area since the election.

While traffic has slowed at Tiffany’s 5th Avenue store, it accounts for “less than 10 percent” of net sales, Tiffany said.

The company said Japanese shoppers bought more at home and in the United States, in the third quarter ended Oct. 31, as the yen strengthened against the dollar.

“The 1 percent uplift is modest, but it is far better than the string of poor numbers the company has been posting for well over a year,” said Neil Saunders, chief executive of research firm Conlumino.

“That said, the figures do not show that all the problems at Tiffany have been resolved.”

Tiffany has been struggling to bring back wealthy American shoppers to its stores and woo hard-to-please millennials who are turning to cheaper and hipper brands such Denmark’s Pandora A/S (PNDORA.CO) and online jeweler Blue Nile.

In response, Tiffany has launched new silver products priced below $ 500 and has also aggressively marketed its diamond engagement rings.

The strategy appears to be working. The company said on Tuesday that fashion jewelry performed well in the quarter, helped by higher sales of gold bracelets from its “Tiffany T” collection.

Tiffany, however, said sales at its stores open at least a year fell 2 percent in the quarter. Analysts on average had expected a 2.8 percent decline, according to research firm Consensus Metrix.While the company reaffirmed its full-year forecast of a decline in sales and adjusted earnings per share, it said it would remain cautious about how the Trump protests might impact sales over the coming weeks.

While protests have eased in the neighborhood, the Tiffany store is still caught up in the Trump Tower security cordon.

Amy Jones, a 22-year-old tourist from Liverpool, England, related to Reuters last week how she was able to buy a ring quickly from Tiffany because there were so few shoppers there, “probably because of all the madness surrounding Trump.”

Fifth Avenue hosts some of the biggest names in luxury retailing, including Gucci, Prada and Armani.

Tiffany said third-quarter sales in China rose by “double-digits” while those in the United States, Canada and Latin America declined at the slowest pace in five quarters.

The company’s shares had risen about 7 percent this year, through Monday’s close.