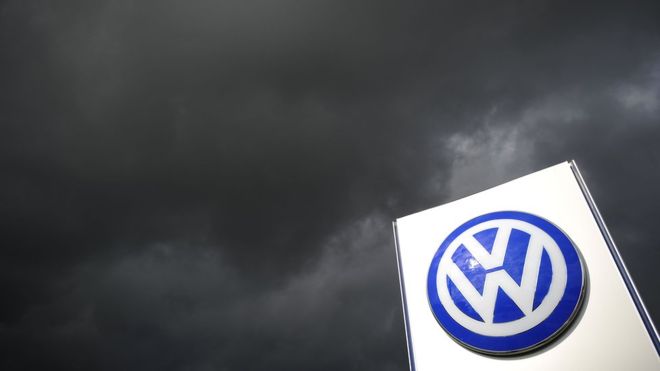 WOLFSBURG, Germany : Volkswagen is putting the Americas at the heart of the turnaround plan for its core VW brand, pinning its hopes on new higher-margin SUVs and electric cars to rebuild its image following the diesel emissions cheating scandal.

Europe’s biggest carmaker is battling to recover from the biggest business crisis in its history after admitting last year to cheating U.S. diesel emissions tests.

Key to this will be a turnaround plan for its mass-market VW brand, which accounted for 59 percent of group auto sales in 2015 but just 16 percent of underlying operating profit.

The German group announced on Friday a cost-cutting deal with labor unions that will allow it to ax 30,000 jobs at the VW brand by 2020.

On Tuesday, brand chief Herbert Diess set out more details of its plans, and said conquering U.S. and South American markets would be a major goal.

“We not only want to be profitable in Europe and China but are determined to generate positive results in all major markets by 2020,” he told reporters.

The VW brand has long struggled in North America, with analysts blaming its reluctance to adapt to local tastes and a slowness in launching new models.

Diess, a former BMW (BMWG.DE) executive, said he planned to focus on the fast-growing and higher-margin SUV market in the United States, with the brand aiming to have 19 SUV models globally by 2020, up from just 2 now.

However, he added it could take 10 years to compete with mass-market rivals in a market where VW’s reputation is currently at rock bottom following the emissions scandal.

Diess said investment in the VW brand would remain at around 4.5 billion euros ($ 4.8 billion) a year in the coming years, with savings of around 2.5 billion euros from scrapping unidentified unprofitable models to help pay for new SUVs and limousines, as well as several new electric vehicles.

The brand aims to raise its operating profit margin to more than 6 percent by 2025. That compares with a forecast of just 2 percent this year, but would still lag European rival Peugeot Citroen (PEUP.PA), which is aiming to hit 6 percent in 2021.

Shares in Volkswagen, whose 12 brands range from upmarket Audi and Porsche to the cheaper SEAT and Skoda, were up 0.7 percent to 121.20 euros by 1035 GMT. The stock is still down around a quarter in value from before the emissions scandal.