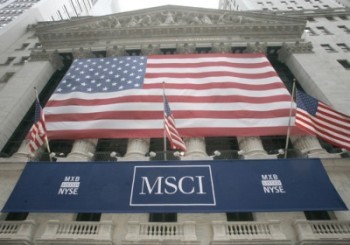 U.S. index provider MSCI announced changes to a number of its index funds on Monday, adding 55 securities and removing 34 from its World Index .MIWD00000PUS.

The changes were part of quarterly adjustments MSCI makes to its indexes, which it says are tracked by $ 9.5 trillion in assets.

The index fund updates will be implemented at market close on Nov. 30.