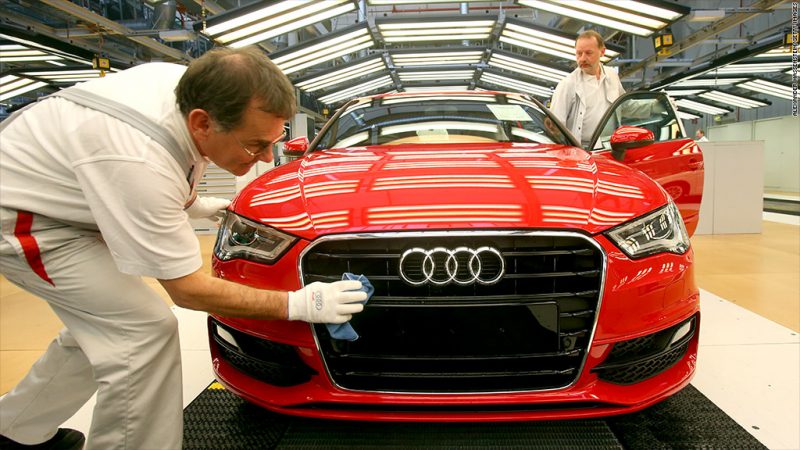 BERLIN : The German economy likely expanded moderately in the third quarter despite the sense of uncertainty created by Britain’s vote to leave the European Union – a sense now added to by Donald Trump’s victory in the U.S. presidential election, the Economy Ministry said on Friday.

“Overall economic output is expected to have increased slightly in the third quarter,” the ministry said in its monthly report.

Industrial output steadied in the three months to September, the labor market remains robust and private consumption continues to support growth in Europe’s largest economy, which should help to cushion against external shocks, it said.

Brexit and the unexpected victory of protectionist Trump have jolted politicians, business leaders and markets in Germany and elsewhere around the world.

The United States is Germany’s most important export market, accounting for roughly 10 percent of its sales abroad. In 2015, German companies sold goods worth 114 billion euros to the U.S. – mainly vehicles, machines and chemical products.

Germany’s Ifo institute estimates that more than 1 million jobs in Germany are linked to those exports that could shrink if Trump acts on his protectionist words.

“The global economic environment remains characterized by uncertainty following the Brexit decision and the U.S. election,” the Economy Ministry said.

“However, no negative impact is expected in the short term,” it said.

Recent economic data has painted a mixed picture of the German economy.

Suggesting initial concerns about the impact of the Brexit vote may have been overdone, morale among company executives hit its highest level in 2-1/2 years in October, according to the latest Ifo business climate index. Last week’s purchasing managers survey showed the private sector expanded at its second-fastest monthly rate this year in October.

Germany’s economy grew 0.7 percent in the first quarter and 0.4 percent in the second, helped by higher household spending and increased state expenditure on migrants and infrastructure.

For the third quarter, economists expect a quarterly growth rate of 0.3 percent. The Federal Statistics Office will publish its preliminary Q3 GDP data next Tuesday.

Germany’s economic upturn is also pushing up inflation. In October, consumer prices harmonized to compare with other European countries rose by 0.7 percent on the year, the highest annual inflation rate in two years, the Federal Statistics Office confirmed on Friday.