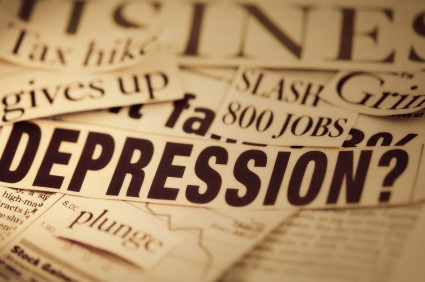 What if we’re in a Depression but don’t know about it?

If it isn’t a Depression, it’s a very close relative of a Depression. Just for the sake of argument, let’s ask: what if we’re in a Depression but don’t know it?

1. The official statistics for “growth” (GDP), inflation, unemployment, and household income/ wealth have been engineered to mask the reality

2. The top 5% of households that dominate government, Corporate America, finance, the Deep State and the media have been doing extraordinarily well during the past eight years of stock market bubble (oops, I mean boom) and “recovery,” and so they report that the economy is doing splendidly because they’ve done splendidly.

Rather than accept official assurances that we’re in the eighth year of a “recovery,” let’s look at a few charts and reach our own conclusion. Let’s start with the civilian labor force participation rate–the percentage of the civilian work force that is employed (realizing that many of the jobs are low-paying gigs or part-time work).

Does the participation rate today look anything like the dot-com boom that actually raised almost everyone’s boat at least a bit? Short answer: No., it doesn’t. Today’s labor force participation rate is a complete catastrophe that can only be described by one word: Depression.

Wages as a percentage of GDP has been in a 45-year freefall that can only be described as Depression for wage earners: 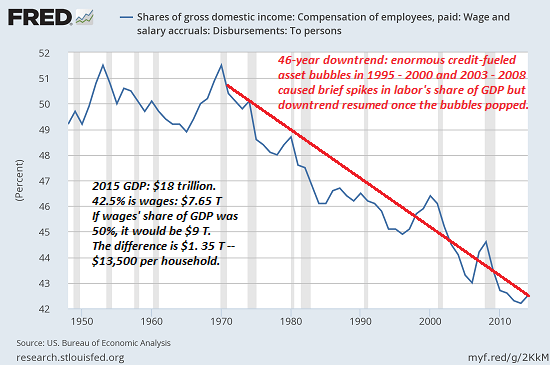 Notice what happened when the Federal Reserve started blowing serial asset bubbles in 2000: GDP went up but wages went down.Is this a recession or depression? It’s your call, but if you’re the recipient of the stagnating wages, it’s depressing. 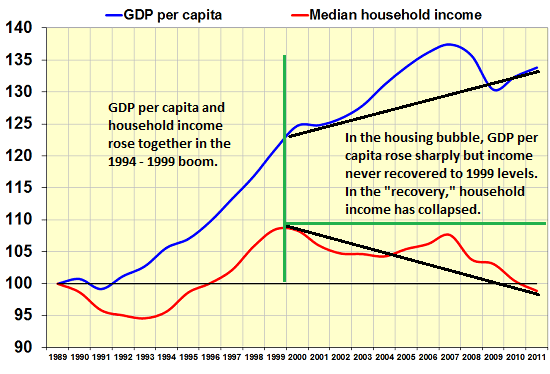 Meanwhile, the top 5% who own most of the assets that have been bubbling higher have been doing great. The Depression is only a phenomenon of the bottom 95%: 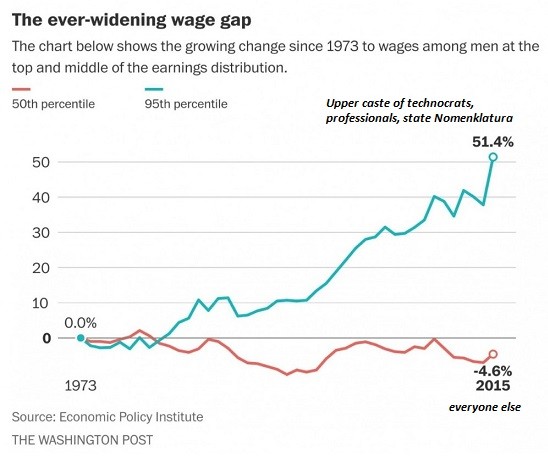 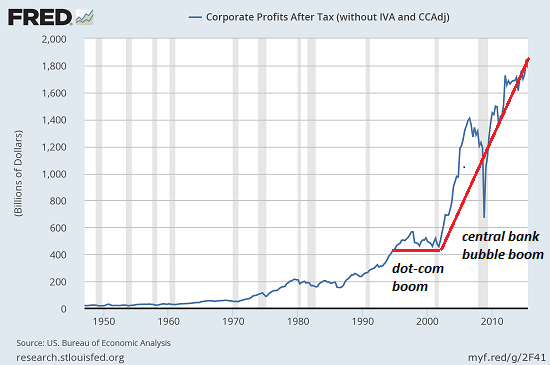 Here’s the Fed balance sheet: to the moon! 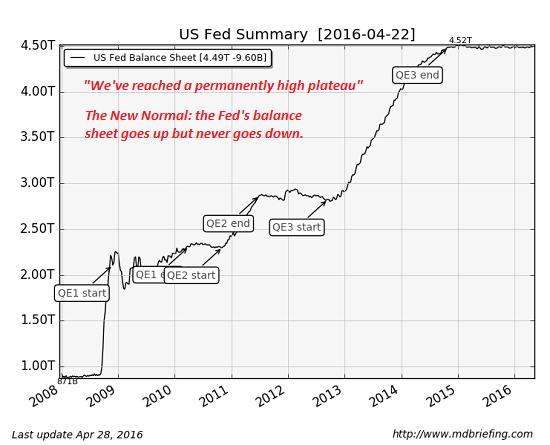 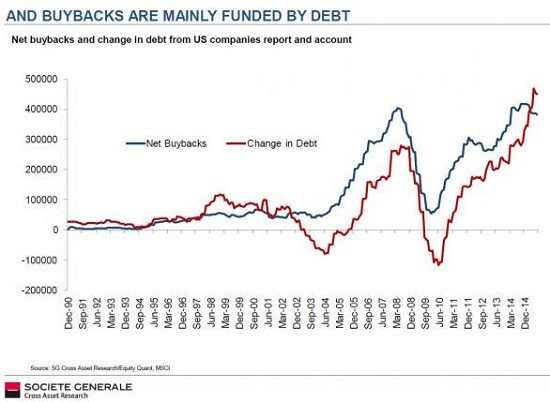 Which fueled the stock market bubble: 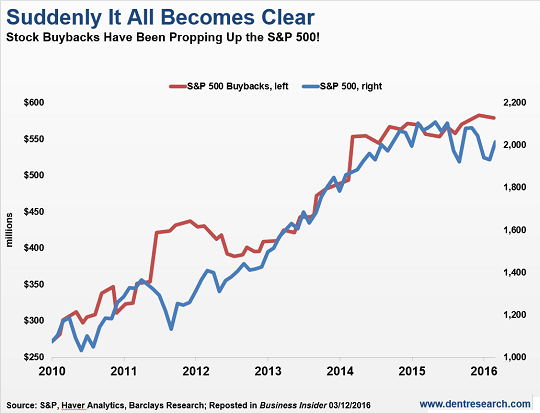 Is the economy in a Depression? Not if you’re a corporate bigwig skimming vast gains from corporate buybacks funded by the Fed’s free money for financiers.

But if you’re a wage earner who’s seen your pay, hours and benefits cut while your healthcare costs have skyrocketed–well, if it isn’t a Depression, it’s a very close relative of a Depression.