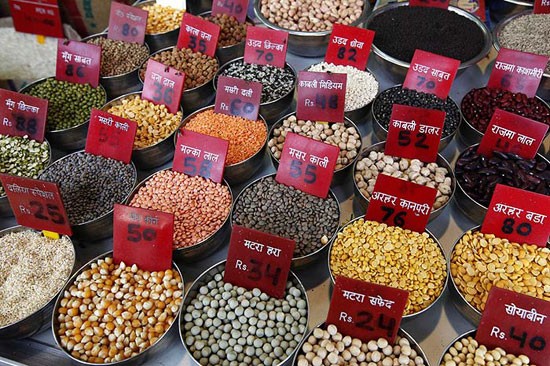 New Delhi lowered the wheat import tax to 10 percent from 25 percent and cut the import duty on both crude palm oil and refined edible oils by five percentage points to 7.5 and 15 percent respectively, the order on a government website, showed.

Wheat output in India, the world’s second-biggest producer, has fallen well below the peak of 2014/15, reducing stocks to the lowest level in nearly a decade and pushing domestic prices close to record highs.

Private trade in India has already imported about 600,000 tonnes of wheat in 2016, the most in nine years.

Traders had expected the government to reduce or even abolish the 25 percent import tariff to make imports cheaper and ease a domestic supply squeeze.

“It’s a good sign. Lower import tax will step up the availability of wheat in the local market,” said Veena Sharma, secretary of the Roller Flour Millers Federation of India, the country’s main wheat industry body.

Vegetable oil industry officials in India, the world’s biggest edible oil importer, were disappointed about the cut in taxes on the import of crude palm oil and refined edible oils.

“This is not the right time to cut the import duty. We’re a bit disappointed as we’re on the verge of harvesting a new oilseed crop. The reduction in the duty will put pressure on local oilseed prices,” Atul Chaturvedi, president of industry body Solvent Extractors Association of India, told Reuters.

Local vegetable oil prices have surged a fifth in the past three months.

“The government should have rather raised the differential between the duties of crude and refined oils to support the domestic refining industry,” Chaturvedi said.