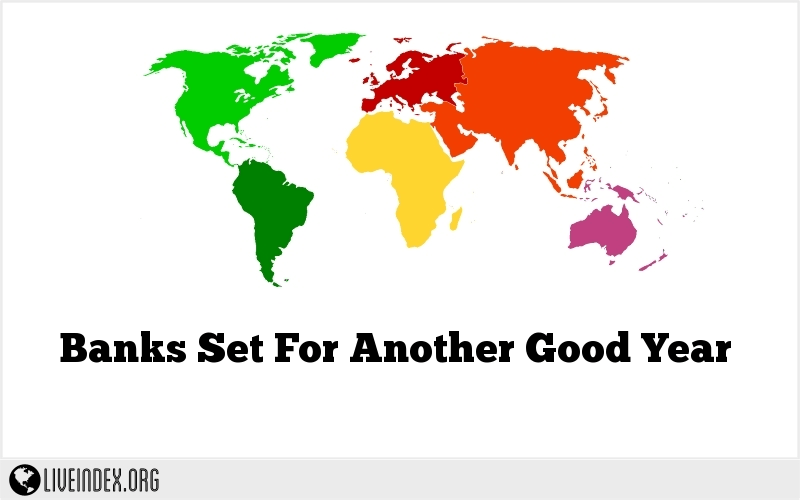 Banks Set For Another Good Year

Contributing editor Tom Slee is back this week, refreshed from a mini-break in the Caribbean and ready to tackle the big banks. As well, he reviews his highly successful IWB Growth Portfolio. Tom managed millions of dollars in pension money during his career and is an expert in taxation. Here is his report.

A few weeks ago I hedged my 2014 market forecast with a warning of possible headwinds. They were not long in coming. On Jan. 22, Argentina devalued its currency and the peso dropped 15%, triggering a chaotic sell-off in the emerging markets.

There was an astonishing ripple effect. European bonds and stocks plummeted. Our S&P/TSX Composite suffered several triple-digit losses as energy and commodity prices weakened. The S&P 500 ended January down 3.6% while VIX, the volatility index, jumped 26%. It was a brutal wakeup call, the worst January since 2009.

Markets have recovered since but the tone has changed. This is a fragile recovery. I am still optimistic but now feel that investors who are uneasy in a rollercoaster market should stick with more defensive stocks. Take a look, for instance, at Canadian banks. They offer attractive yields, growth potential, and, above all, stability. I think they are going have a good year. The current interest rate structure works to their advantage and the industry’s capital ratios are sound.

When you boil it all down, banks are in the business of renting out money. They take in deposits, pay virtually nothing for them, and then extend loans at a much higher interest rate. It’s a lucrative business and the U.S. Federal Reserve is in the process of making it even more profitable. Chair Barbara Yellen has promised to keep a tight lid on the short end of the interest rate market while allowing long rates to rise. As a result, we are going to have much bigger spreads. That arrangement is tailor-made for the banking industry. Net profit margins are already increasing.

Because the major Canadian banks have expanded into successful financial conglomerates, it’s easy to lose sight of this core business. Analysts agonize over the insurance, wealth management, and trading operations but in fact these are peripheral activities. More than 61% of BMO’s expected 2014 earnings will come from loans. Royal Bank is expected to earn about 60% of its profit from conventional banking. Even these contributions are deceptively low because a lot of the other income indirectly results from the banks’ lending facilities and branch operations. In short, extending credit is the name of the game and that’s becoming more profitable.

The industry is also going to benefit from tight controls and concentration. Executives chafe at regulations and Ottawa’s firm grip but these are paying off. The major banks are extremely strong and well equipped to take advantage of the recovery. Standard & Poor’s rates Canadian banks as some of the safest international institutions, with Basel 3 capital ratios of 10.3% (10.5% is required by 2019). They are not going to be seriously hurt by uncertainties and downturns in the emerging markets even if these persist. As a matter of fact, Canadian banks are expected to generate solid earnings and dividend growth of at least 5%-7% per annum over the next few years.

There are two concerns. Canadian consumer debt is high and still climbing. Thirty-two percent of bankers expect credit card balances to increase in the next six months and obviously delinquencies are likely to increase as well. This will hurt bank profits as debt losses climb and new loan growth slows.

My feeling, though, is that the major banks will successfully reach for more business by assuming slightly more risk and exercising tighter controls. This is where having a small number of highly regulated banks is a plus. New business is funneled into these major lenders, which are staffed by experienced credit managers. There is no cutthroat competition from an array of small regional banks.

Canadian house prices are the second question mark. To quote TD Bank (TD) CEO Ed Clark: “If you run a bank, you should be worried about the run-up in prices for real estate of all stripes”. He is not concerned about a full-blown bust but TD is already declining many potential buyers. I should point out that most of the other banking CEOs are more optimistic about Canadian real estate although they too are watching the situation closely.

What is in store for house prices this year? According to Larry MacDonald, an independent economist versed in Canadian real estate, it’s very unlikely that we are going to have a hard landing. He thinks there are few signs of stress in the market. The national inventory of unsold housing is currently at a six-month supply and sales-to-listing ratios are around one to five. Both levels indicate a balanced market. Mortgage experience is even more encouraging. Canada Mortgage and Housing Corp.’s latest annual report shows only 0.31% of residential mortgages are three or more months in arrears compared to the 0.41% historical average.

I think that fears of a housing bubble and inevitable collapse are overblown because banks and especially the Fed are going to keep financing this market. In addition, people seem willing to pay a premium for property when countries are printing paper money as though there was no tomorrow. People have always talked about their home being the best investment they made. These days a growing number regard it as an active part of their portfolio with liquidity provided by reverse mortgages and lines of credit. Moreover, foreign money continues to flow into Canadian housing. It all points to a soft landing, a dip, but then a relatively high price plateau.

Finally, our major banks are going to benefit from improved stock markets and more rational bond prices. We should see improved wealth management sales and trading operations. As to the stocks, TD Bank and Scotiabank remain the pick of the bunch. My updates follow.

Wealth management business, which accounts for as much as 40% of some lifco’s earnings, is growing rapidly and cost controls are opening profit margins. Improved product mixes and premium increases are helping. There is talk of dividend hikes and share buybacks and we could see the stocks trading with higher earnings multiples.

I am not suggesting that 2014 is going to be a boom year for lifecos but we should see a respectable performance. Manulife in particular, trading at C$ 21.01, US$ 18.98, continues to offer good value. It remains a Buy and I will update the stock next time.