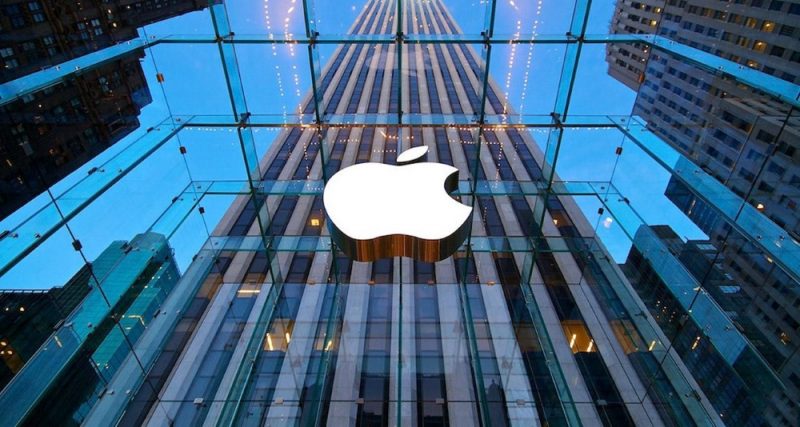 US : How Apple’s stock has done after every iPhone release ?

Investors did not want to take a bite.

Shares of Apple aapl fell 2.67% in trading Thursday—the second most dramatic fall of the company’s stock price following an iPhone launch ever—following a muted release of the iPhone 7.

The stock’s behavior deviated from its normal course following the past iPhone announcements. According to data from Kensho, shares of Apple have fallen on the day of an unveiling event 80% of the time, not including the iPhone 7s launch. Instead, the stock rose on Wednesday, inching up by 0.45%. Yet on the day it usually rises(70% of the time), the day after the event, the stock plopped. 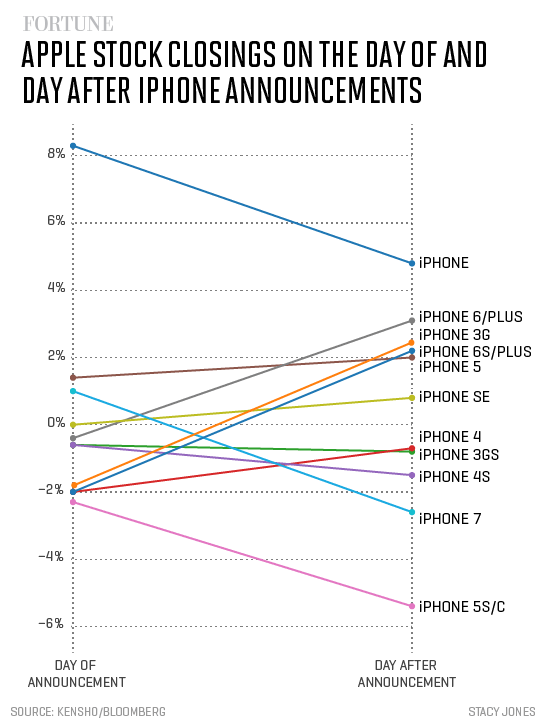 Most analysts on Wall Street don’t expect the iPhone 7 to be a massive growth driver for Apple—and Wednesday’s reveal seemed to confirm that with few surprises: nothing revolutionary, but the phone would be waterproofed, come with a better camera, and offer storage capacity up to 256 GB. The earphone jack would also be left out. Most of Wall Street seems to be looking one year forward, at the rumored iPhone 8, to galvanize the stock.

What really helped pull the stock down on Thursday was a Wells Fargo downgrade on Apple from the equivalent of “Buy” to “Hold” because the “positives are largely known” and so priced into the stock, analyst Maynard Um wrote.

A downgrade on the day following an announcement has happened before, in the case of the Apple iPhone 5S and multi-colored 5C in 2013, which dragged shares down 5.44%. The iPhone 5C was marketed as a cheaper, and simpler alternative.

Back then, several firms, including Bank of America-Merrill Lynch, Credit Suisse, and UBS, downgraded the stock, saying the iPhone 5C was too expensive and Apple had failed to be innovative. 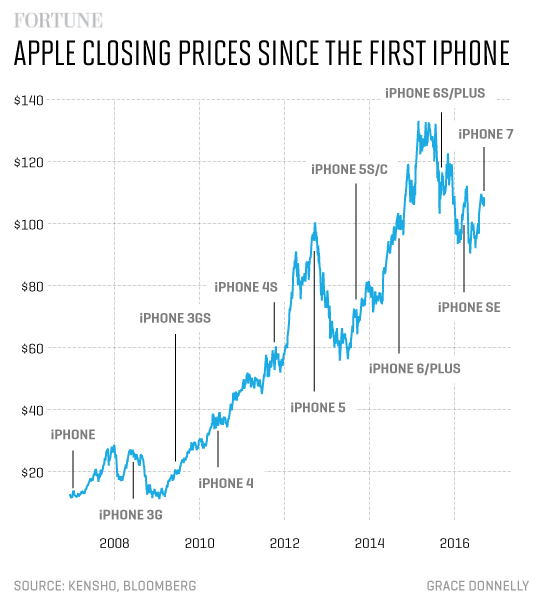 Shares of Apple rose the most, 67%, in the six month period following the introduction of the iPhone 4S—the first phone to debut without Steve Jobs as CEO.

Whether Apple shares do the same after the iPhone 7 launch is yet to be seen. Wall Street analysts seem to think the stock will hit $ 123.76 within 12 months, a 17% upside to the stock’s current price. The stock is down nearly 2% this year.

Perhaps it’s not unexpected that the company’s stock behaving differently from usual. Apple has been realigning itself as the smartphone market becomes more saturated. Rather focusing on its main breadwinner, the iPhone, Apple has talked more about expanding services such as the iCloud or Apple Music in a bid to grow. That also comes as consumers are also waiting longer than before to buy a new smartphone.