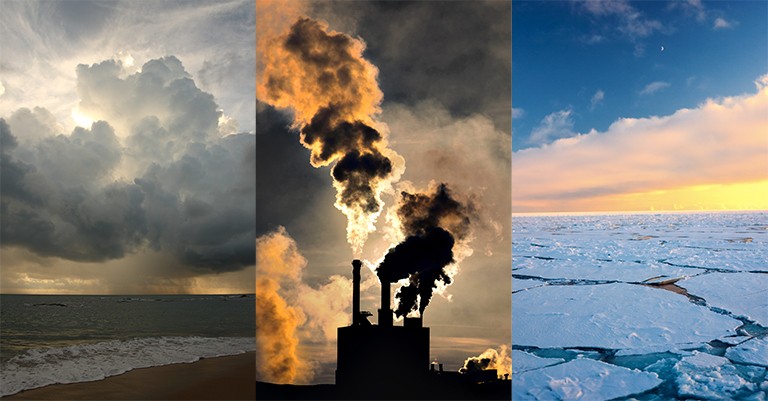 BlackRock, the world’s largest asset manager, said all investors should factor climate change into their decision-making and doing so would not mean having to accept lower returns.

Global moves to coordinate a response to climate change took a big step forward on Saturday when both China and the United States ratified a 2015 plan to curb climate-warming emissions, raising chances it will enter into law this year.

BlackRock blk said it is strengthening its data and analytical processes to reflect changes to the environment — and political responses to them.

In a 16-page report released after the G20 meeting in China, BlackRock, which manages more than $ 4.9 trillion in assets, said risks and opportunities would come through the physical effects of climate change, technological change, as well as the regulatory and social response.

“Climate risk is an enduring challenge,” Ewen Cameron Watt, senior director for BlackRock’s Investment Institute, told Reuters. “This is a source of portfolio risk and a source of social risk, which needs addressing.”

In the report, BlackRock suggested higher carbon prices could limit the cost of reducing emissions and push companies to create solutions to the problem.

In the meantime, BlackRock said it was enhancing its data mining efforts to reduce the risk to its investments.

For instance, they calculate emissions as a percentage of a company’s sales, estimate firms’ exposure to income shocks from rising temperatures and calculate the sales a company generates with little physical waste.

Firms that cut their carbon footprint have performed better than their peers who did not make such changes, BlackRock said.

Cameron Watt said insurers have made vast strides in recent decades to model “climate risk” in detail and adjusted their premiums accordingly.

“I think we can do the same,” he said, applying data to its own investment process. “We’re just scratching the surface.”

For instance, with more detailed number-crunching, BlackRock could learn how a single corporation’s factories and supply lines could be affected by catastrophic weather.

The risks are considerable, BlackRock said. After an extreme weather event hits a state, economic growth is 10 to 15 percent lower than usual that month and slower for many more months, its analysis showed.

BlackRock has expanded its ability to store, sort and analyse data and uses more of the data to inform its investment decisions, for instance in deciding when to bet against a stock.

The information ranges from satellite images of cars in retailer parking lots to shipping trends to word searches on corporate earnings calls.