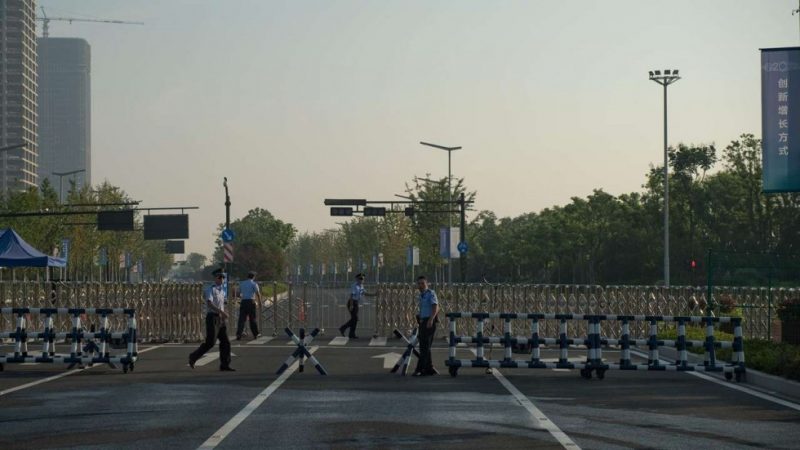 HANGZHOU, China : The Chinese city of Hangzhou felt like a ghost town on Saturday ahead of the arrival of leaders from the world’s 20 biggest economies, after the government encouraged residents to clear out and cranked up security for the summit.

On the eve of the Group of 20 summit, roads and malls around the main venue in the centre of Hangzhou, usually a bustling city of 9 million, were largely deserted, with just a smattering of cars and people around while shops were shut and locked.

Construction sites also whirred to a stop, uncommon in a country where labourers often work around-the-clock.

More than 200 steel mills in surrounding districts were shut as part of a government bid to limit pollution during the two-day summit which begins on Sunday.

“Things are now a little bit inconvenient. But you can understand why,” said Hangzhou real estate agent Liu Wenchao.

“Leaders from the world’s most important 20 countries are coming for this big summit, and we all need to guarantee security for foreigners.”

The stakes are high for China to pull off a trouble-free summit, its highest profile event of the year, as it looks to cement its standing as a global power and avoid acrimony over issues like the South China Sea territorial dispute.

The city, a tourist hot spot, is home to Chinese e-commerce giant Alibaba Group Holdings and to textile factories as well as steel.

Hangzhou’s residents left in droves after authorities declared a week-long holiday for the summit, shut down the city’s famous West Lake beauty spot and offered free travel vouchers worth up to 10 billion yuan ($ 1.5 billion) to encourage people to visit out-of-town attractions.

Some residents, such as chefs from the western Xinjiang region, were also sent home over the period, restaurants told Reuters. The government has blamed Islamist militants for carrying out attacks in that region.

Over the weekend, policemen conducted security checks on streets while men identifying themselves as volunteer security guards patrolled. Two volunteers told Reuters journalists they were not allowed to film in residential areas.

Chinese industry consultant Mysteel said more steel mills in the neighbouring provinces of Jiangsu, Anhui, Shandong and Zhejiang had been ordered to curb or suspend production because the air quality was deemed not good enough.

On Saturday, the air quality index for Hangzhou was 76, a level classed as “good” but far worse than Beijing which had an “excellent” level of 25.

“We need put on our best face, Hangzhou’s most beautiful face, for the entire world,” said Liu.