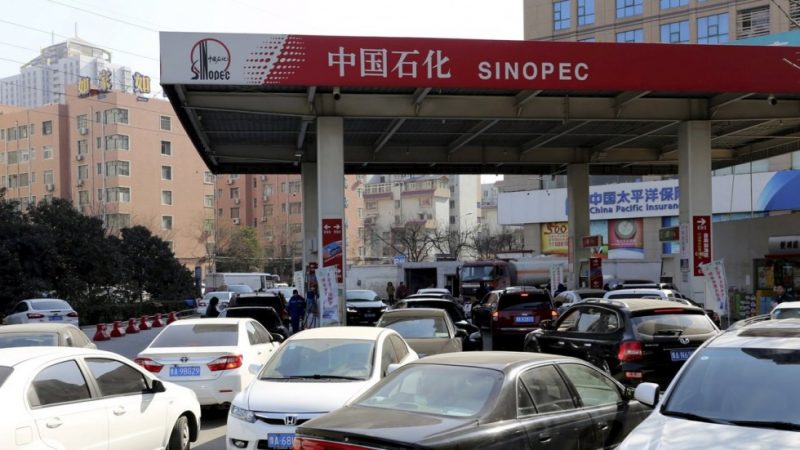 China : Profit at Sinopec slumps 21.6 percent in first half

BEIJING  : China Petroleum and Chemical Corporation, or Sinopec Corp (0386.HK), said on Sunday its net profit fell 21.6 percent in the first half of 2016, hurt by a steep decline in international oil prices.

The state-controlled energy firm, Asia’s largest refiner, said in a separate statement that Dai Houliang had replaced Li Chunguang as company president and become vice chairman of the board. It said Chunguang had resigned due to his age.

During the first six months of the year, Sinopec posted a net profit of 19.9 billion yuan ($ 2.98 billion), down from 25.4 billion yuan a year earlier.

Sinopec’s operating income in the first half was 35.1 billion yuan, according to IFRS accounting standard, 13.3 percent lower than a year ago.

The refiner said its oil and gas output fell 6 percent in the first six months on-year, with crude oil production down 11.4 percent, as it was forced to cut output at loss-making fields.

While fuel demand growth in China, the world’s second-largest consumer, moderated along with the broader economy, domestic competition heated up after more than a dozen independent refineries were allowed to import crude oil for the first time since late 2015.

“China’s economic growth is expected to be steady in the second half of 2016, which will drive the growth of domestic demand for refined oil products and petrochemical products,” the company said in a statement,

It said it plans to produce 147 million barrels of crude oil, of which domestic production will account for 125 million, in the second half of 2016.