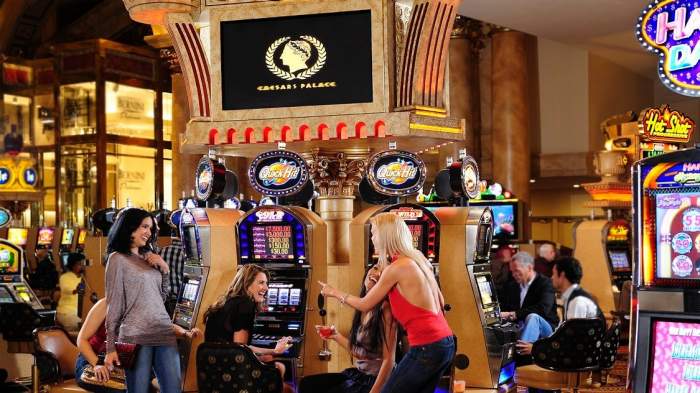 US : Caesars must face $11 Billion in lawsuits

Caesars Entertainment Corp must face lawsuits from bondholders seeking some $ 11 billion in claims, a U.S. judge ruled on Friday in a decision the casino company had warned could plunge it into bankruptcy alongside its operating unit.

Caesars Entertainment Operating Co (CEOC), which filed for Chapter 11 protection in January 2015, was asking for a third court shield from lawsuits against its parent to protect a multibillion-dollar contribution to its reorganization plan.

The high-stakes CEOC bankruptcy has been plagued by a complex web of litigation pitting some of the most aggressive investors on Wall Street against each other.

A current injunction expires on Aug. 29, a day before Caesars faces a potential ruling in New York on lawsuits from bondholders alleging it reneged on guarantees from bonds issued by CEOC prior to the unit’s $ 18 billion bankruptcy.

CEOC had argued that another halt to a decision on those lawsuits was critical to securing a settlement with holdout creditors before its reorganization plan heads to a confirmation trial in January.

“I can’t find that an injunction is likely to enhance the prospects for negotiation,” U.S. Bankruptcy Judge Benjamin Goldgar in Chicago said in his courtroom ruling.

Bitter creditors accuse Caesars and its private equity sponsors Apollo Global Management and TPG Capital Management of stripping the unit of choice assets such as the LINQ Hotel & Casino in Las Vegas and leaving it bankrupt.

Caesars, Apollo and TPG have denied any wrongdoing, though a court-appointed examiner found they could be on the hook for up to $ 5.1 billion in claims.

To settle the allegations Caesars has offered to pitch about $ 4 billion into CEOC’s reorganization in exchange for releases from the claims. Goldgar asked on Friday why Apollo and TPG were not also contributing, saying the injunctions to date had provided them “a comfortable free ride” on CEOC’s “coattails”.

Both Caesars and CEOC said they were disappointed by the decision. The court’s refusal to extend the shield puts Caesars’ “substantial contribution” to CEOC’s reorganization plan “at serious risk,” a Caesars spokesman said in an email.

CEOC lawyers said they planned to appeal the ruling.

“It would be hard to reverse Goldgar without dramatically expanding the availability of third-party releases, something that would be out of step with the standards in other circuits,” said Douglas Baird, a professor at the University of Chicago Law School.