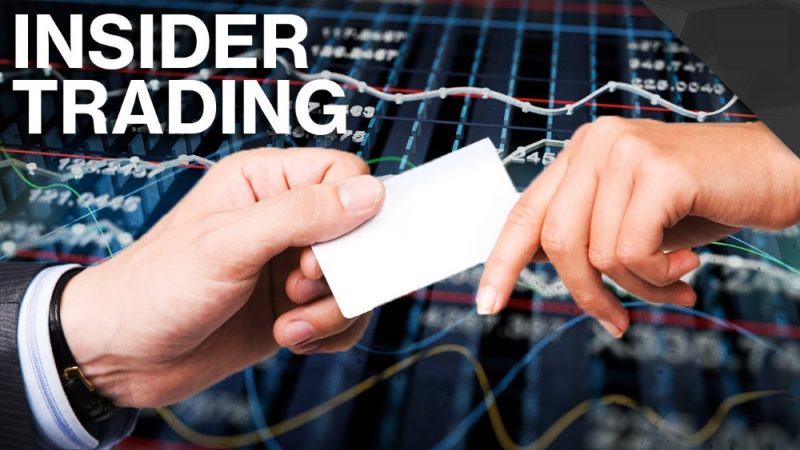 Now Insider Trading may be tougher than ever to prosecute

The ruling by the U.S. Court of Appeals for the Second Circuit, in December 2014, that overturned the conviction of hedge fund trader Todd Newman has roiled the legal landscape and demonstrated just how nonintuitive the definition of insider trading is.

In response, the office of Manhattan’s top prosecutor, Preet Bharara, has protested through legal filings—so far in vain—that the decision would “dramatically limit the government’s ability to prosecute some of the most common, culpable, and market-threatening forms of insider trading.”

Though Newman’s exoneration is final—last year the Supreme Court rebuffed the government’s request to hear its appeal—the controversies raised by his case rage on.

In October the U.S. Supreme Court will hear a case from California, known as Bassam Salman v. United States, which presents similar issues. Meanwhile, several bills have been introduced in Congress to overturn the Second Circuit’s precedent. (Many bills concerning insider trading have been floated over the years, but if the Salman ruling endorses the decision in Newman’s case, one may actually pass this time.)

The disputes spawned by Newman’s case are, in some respects, not new. They are, rather, the latest permutation of a debate that has been playing out for decades over the proper policy goals of our insider-trading laws.

The arguments stem from the fact that there is no actual statute defining the offense. Instead, the law that is used to prosecute it is a general one prohibiting securities fraud, and judges have decided that not all leaks of material nonpublic information rise to the level of “fraud.”

Historically, liberals (and the U.S. Securities and Exchange Commission) have favored creating a level playing field for all investors, where no one has an informational advantage. Conservatives, on the other hand, have urged—and the Supreme Court has held—that markets actually benefit when analysts are rewarded for digging for informational advantages. As a consequence, only trading on information obtained via theft or by breach of a fiduciary duty can amount to insider trading.

Against this benchmark, Newman’s trading fell into a gray area. He was what’s known as a “remote tippee.” To understand that term, we need to take a step back.

If a trader gives a corporate officer a briefcase full of cash in exchange for material nonpublic information, both the officer (the “tipper”) and the trader (“the tippee”) are guilty of insider trading. The tipper has violated his fiduciary duty to the corporation’s shareholders, while the guilt of the tippee derives from the tipper’s.

A tougher case arises when the tipper doesn’t receive any obvious payment. In the landmark 1983 Supreme Court case SEC v. Dirks, the Supreme Court held that if the tipper receives no personal benefit in exchange for a tip, he hasn’t committed fraud and thus can’t be guilty of insider trading. In that case—a weird one factually—a former officer of an insurance company tipped off analyst Raymond Dirks, without recompense, to the fact that fraud was taking place within the company, apparently in an effort to blow the whistle.

Yet even the Dirks court acknowledged that some “gifts” of information—for example, those to a “trading relative or friend”—could still amount to illegal insider trading because of the intangible benefits that accrue to the tipper in those situations.

In Newman’s case, corporate insiders passed tips to a circle of back-scratching hedge fund analysts, who then passed the tips to each other and then up the line to their portfolio managers—including Newman. The original tippers had received no payments in exchange for passing the information, but prosecutors argued that they were still culpable under Dirks, because they had received intangible benefits from having given gifts of information to “trading friends.”

The Second Circuit rejected the argument for two reasons. First, it gave a very narrow interpretation to Dirks’s language about gifts—one that the government has since claimed interprets the language “out of existence.”

Second, the appeals court found that even if the tipper had received some personal benefit, the prosecution hadn’t proved that Newman—the remote ­tippee—knew he had.

This second hurdle has particularly incensed the ruling’s critics, who protest that it all but immunizes big shots. This standard “provides a virtual road map for savvy hedge-fund managers,” Bharara’s prosecutors wrote in their unsuccessful petition for reconsideration, “to insulate themselves from tippee liability by knowingly placing themselves at the end of a chain of insider information and avoiding learning details about the sources of obvious confidential and improperly disclosed information.”

Newman’s attorneys responded that the Second Circuit had simply applied the “time-­honored principle that a defendant may be criminally convicted only if he knows the facts that render his conduct unlawful.”

Newman’s argument carried the day then. But now the Justice Department is hoping for a do-over courtesy of the Supreme Court in the Salman case, in which it’s arguing that the Newman precedent was simply “erroneous.” Given that the late Justice Scalia hasn’t yet been replaced on the court, however, there’s a good chance of a 4–4 stalemate ruling.