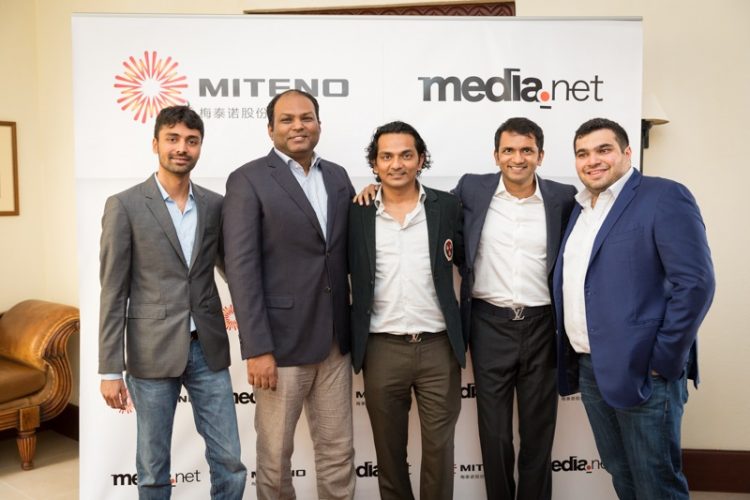 Advertising technology startup Media.net, founded by tech entrepreneur Divyank Turakhia, said on Monday it had been acquired for about $ 900 million by a group of Chinese investors.

The deal would represent the third-largest in the ad tech industry, after Alphabet Inc unit Google’s acquisition of DoubleClick and Microsoft Corp’s deal for aQuantive.

“We got an incredible amount of interest just because ad tech is a large and growing space and, at the same time, the number of companies that have been successful in it have been limited,” Turakhia said in an interview.

The company’s products, which are licensed by various publishers and ad networks, auto-learn and display the most relevant ads to users.

Media.net, a Yahoo Inc ad partner, attracted seven bidders, including a publicly listed company based in the United States. However, the bid fell through following a substantial decrease in the company’s stock value, Turakhia said.

The deal gives Media.net access to the Chinese online advertising market, which is currently the second largest in the world, Turakhia said.

Digital ad spend in China is expected to reach $ 40.42 billion in 2016, a 30 percent jump from a year earlier, according to research firm eMarketer. Media.net, which is based in Dubai and New York, gets 90 percent of its revenue from the United States. The company posted revenue of $ 232 million in 2015, with more than half of that coming from mobile users.

The Chinese consortium will buy Media.net from Turakhia’s Starbuster TMT Investments and has already made a payment of $ 426 million. The group is led by Zhang Zhiyong, the chairman of telecom firm Beijing Miteno Communication Technology Co. Miteno’s shares have been halted since December.